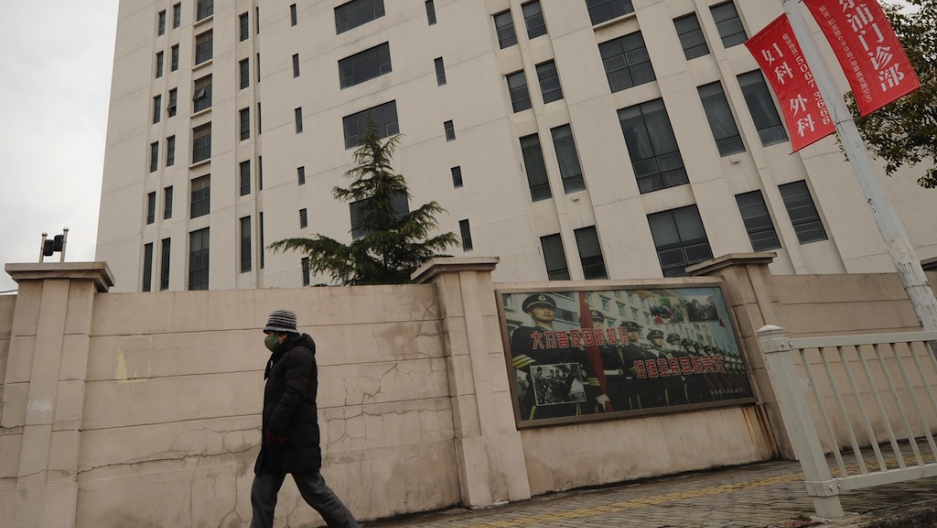 A person walks past a 12-story building alleged in a report by the Internet security firm Mandiant to be the home of a Chinese military-led hacking group on Feb. 19, 2013.
Credit: Peter Parks
Share

China rejected a report by a US security firm that accused it of systematic cyber warfare against private and government US organizations.

China's Defense Ministry issued a statement on Wednesday, claiming the Mandiant report "is not based on facts" and lacks technical proof.

On Tuesday, Mandiant issued a 60-page report that claimed a clandestine Chinese military hacking group — People's Liberation Army Unit 61398 in Shanghai — was responsible for "systematic cyber espionage and data theft against organizations around the world."

"The report, in only relying on linking IP address to reach a conclusion the hacking attacks originated from China, lacks technical proof."

"Everyone knows that the use of usurped IP addresses to carry out hacking attacks happens on an almost daily basis."

"Second, there is still no internationally clear, unified definition of what consists of a 'hacking attack'. There is no legal evidence behind the report subjectively inducing that the everyday gathering of online (information) is online spying."

The statement also repeated China's long-standing claims that Beijing does not support or condone cyber espionage, and that Chinese law forbids cyber attacks.

However, Brad Glosserman, executive director of the Center for Strategic and International Studies' Pacific Forum, outlined to Voice of America some evidence that suggests Beijing's involvement:

"They have particular signatures on them that we can identify and tell who has written similar software," he said.

"And number three, we look at where it's going. And, while we can't be sure that this is ultimately the final end destination, when IP addresses are used consistently, we get a pretty strong conclusion that's where the attacks are coming from."

When the news of the alleged hacking base broke, the BBC sent a crew to obtain footage of the nondescript 12-story building that Mandiant claimed to be the unit's base.

While filming, BBC journalist John Sudworth was detained and forced to surrender his footage before being released.