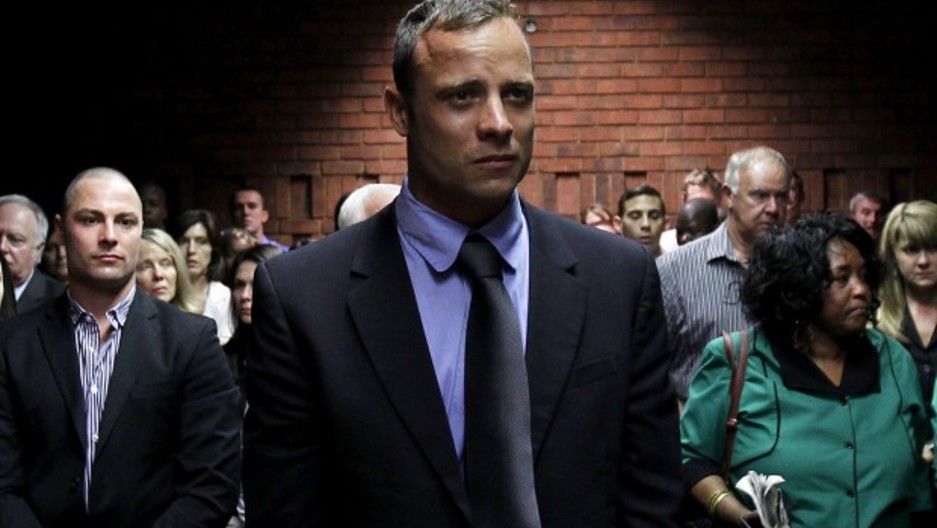 Oscar Pistorius awaits the start of court proceedings while his brother Carl (L) looks on, in the Pretoria Magistrates court February 19, 2013. Pistorius, a double amputee who became one of the biggest names in world athletics, was applying for bail after being charged in court with shooting dead his girlfriend, 30-year-old model Reeva Steenkamp, in his Pretoria house.REUTERS/Siphiwe Sibeko (SOUTH AFRICA - Tags: CRIME LAW POLITICS TPX IMAGES OF THE DAY) - RTR3DZJ1

Share
Details emerged Tuesday about the defense athlete Oscar Pistorius is using in the shooting death of his girlfriend, the model Reeva Steenkamp. He says he thought she was an intruder. Prosecutors say it was premeditated murder. Host Aaron Schachter talks with The Worlds Anders Kelto in Cape Town.