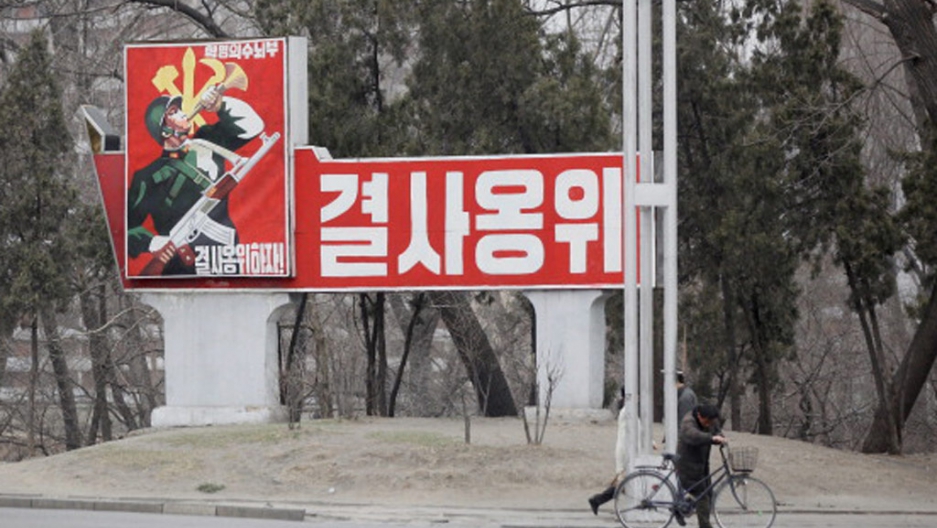 GWANGJU, South Korea — North Korea has published an online "warning" video pointedly aimed at US President Barack Obama and the West on the nation's Uriminzokkiri news network — oh, and it's set to the music from the Elder Scrolls Oblivion video game series.

The new video, released on the heels of North Korea's unpopular February nuclear test, features Photoshopped flames flickering over images of US soldiers, Obama and what appears to be a 3D rendering of a nuclear warhead.

Subtle, it is not:

Read more from GlobalPost: What to make of North Korea's war threats

GlobalPost's senior correspondent in South Korea, Geoffrey Cain, says North Korean state mouthpieces have always put out wacky propaganda. In a cartoon from the 1960s, a bunch of North Korean kids launch and then ride on top of a missile that strikes an American navy ship, for example.

But this sort of shaming particular leaders — in this case, Obama, who's covered in flames — is a trend for the past year under Kim Jong Un, who's trying to prove his strength.

It all began in April, when the mouthpieces put out messages calling South Korean President Lee Myung-bak a "rat."

BR Myers, a literary scholar who studies North Korean propaganda, told GlobalPost last week that this is the most militant rhetoric he's seen in his 20 years following the hermit kingdom.

North Korea News.org provided a handy transcript of the video's text, which is decidedly belligerent.

"Words spoken by the United States, a country that uses the law of jungle as the law of survival for fitness, is meaningless," the transcript reads in part.

"As a result, North Korea’s high level nuclear test conducted against American imperialist invaders is a nuclear deterrent that protects our sovereignty."

Then there's the soundtrack of the video, from a US action role-playing video game series called Elder Scroll Oblivion, which points to how popular video games are in North Korea. There are even ones that let you beat up South Korean presidential candidates.

In short, Cain reports, violence is a key part of these political messages.

But politics is an intricate game. We can't help but be reminded of another recent — and decidedly positive — reference to the president's being ablaze, when singer Alicia Keys tailored the lyrics of her hit, "Girl on Fire" for Obama's inaugural ball.

"He's the president, and he's on fire. Hotter than a fantasy," Keys belted admiringly.

So, North Korea — it appears the metaphor cuts both ways?

Geoffrey Cain contributed to this report from Gwangju, where he is on assignment.