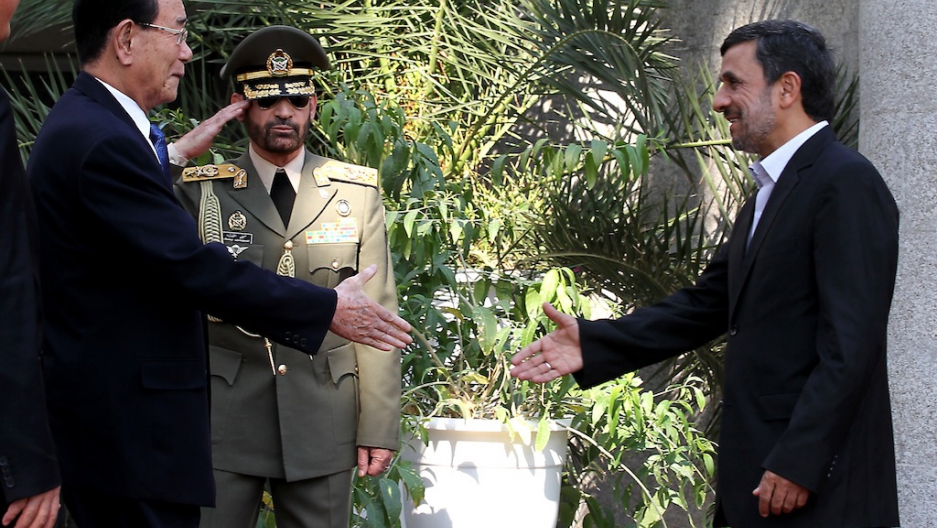 The news agency says Iran offered to pay North Korea tens of millions of dollars to view the nuclear test.

Kyodo's claims could not be verified, but the news will further raise doubts about Iran's nuclear aspirations.

GlobalPost's senior correspondent in Korea, Geoffrey Cain, said "it wouldn't be a surprise if, yes, Iran won some sort of bid to get a ringside seat at the North Korean nuclear test."

That would be a step up from what they've been doing in this alliance of convenience: in May 2011, an 82-page United Nations report determined that North Korea was likely to have swapped missile technology with Iran, and if not, was definitely peddling missile exports to the Tehran regime.

In a separate report, the Sunday Times said Iran's chief nuclear scientist, Mohsen Fakhrizadeh Mahabadi, may have been in North Korea to observe the nuclear test.

The Jerusalem Post reported on Feb. 13 — a day after the test — that "sources highly familiar with North Korea" told the newspaper in April that "Iranian scientists could be present at the explosion site."

Dr. Alon Levkowitz, coordinator of Bar-Ilan University’s Asian Studies Program and a member of the BESA Center for Strategic Studies, told the Jerusalem Post: "Iranian nuclear scientists were present, according to several indicators."

In the latest round of nuclear talks, the US, China, Russia, Britain, France and Germany are scheduled to meet with Iran in Kazakhstan next week to discuss Iran’s uranium enrichment program.

Iran claims its nuclear program is for peaceful, energy-related purposes, while Western officials from Europe, Israel and the US suspect Iran is seeking to develop nuclear weapons technology.

Geoffrey Cain contributed to this report from Gwangju, South Korea, where he is on assignment.