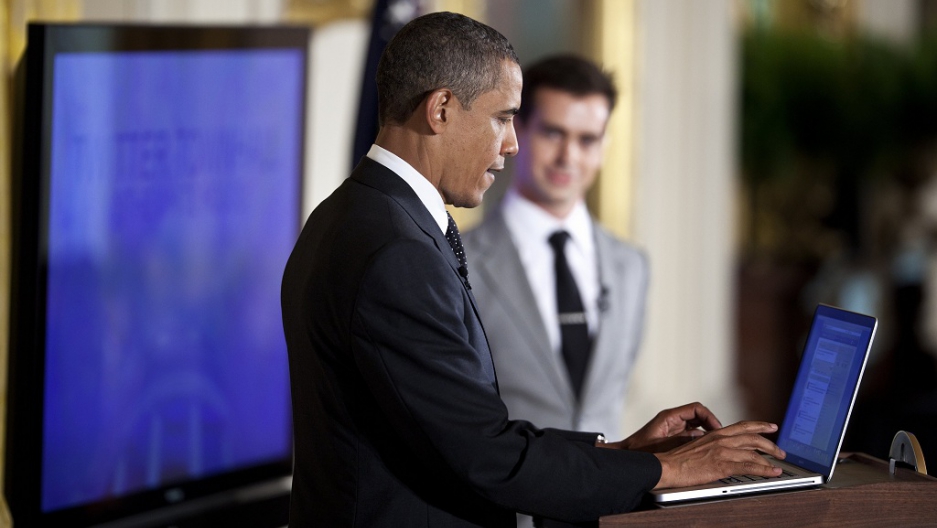 Days after US House intelligence committee leaders Dutch Ruppersberger and Mike Rogers announced plans to reintroduce the oft-relived Cyber Intelligence Sharing and Protection Act (CISPA) to congress, open internet advocates issued a digital call to arms for online activists to yet again stand against what they say is another bill threatening privacy and an open internet.

The Electronic Frontiers Foundation, a non-profit digital rights group, the ACLU, Fight for the Future and a large number of online activists have expressed outrage over the bill now for the second time, touting victories over other regulatory bills like SOPA and PIPA as proof that further success is imminent.

“We have a short window to get furious and block this again. Resources from last time to follow, need updates, and need everyone active,” posted one Reddit user.

“This is serious. Saddle up folks, we kill bills,” they added.

The Anonymous hacker collective was also quick to urge netizens to take action against the bill just as they had done in the past.

“If it[‘}s the last thing you ever do, #StopCISPA. The internet needs your help. #Anonymous,” tweeted @YourAnonNews, one of the collectives largest and most vocal press arms.

Across the internet, outage over the second iteration of CISPA seemed comparable to other campaigns against regulatory bills – campaigns that have a near perfect record.

However, a key difference between the campaign against CISPA that look place last April and the one just beginning to gain traction now is the role of the White House.

The Obama Administration promised to veto the bill last April, arguing that it did not provide clear legal privacy protections to citizens and lacked independent oversight, which would undermine the public’s trust in the government.

This time, the White House has remained eerily silent on the legislation leaving many activists speculating as to how the administration will react a second time around.

“You'd have to ask the President,” says Mark M. Jaycox, policy analyst and legislative assistant for the Electronic Frontiers Foundation.

More from GlobalPost: Cyber Intelligence Act, CISPA, to be resurrected in the House

CISPA sponsors Dutch Ruppersberger and Mike Rogers are urging President Obama to do just the opposite.
"We're working with the White House as of today. Mike [Rogers] and I talked with the national security advisor [Tom] Donilon and the White House is now working with us to ensure that somehow, some way, we get a bill," Ruppersberger said earlier this week appearing with Rogers.

Yesterday, Rogers clarified that the White House does not endorse the bill.

"They want to see changes in the bill, but that's a long way from where we used to be," Rogers told reporters.
"We're actually having a dialogue on how the bill moves through, I welcome that, that's a good thing."

The White House released its own version of a national cybersecurity initiative in an executive order on Tuesday, calling for greater information sharing between the public and private sector, much like CISPA.

Still, activists have similar concerns over both CISPA and the executive order.

“Similar privacy concerns to apply, but the [executive order] uses [Fair Information and Practice Principles] (FIPS) as a privacy standard, which is slightly better than CISPA. Personal information can still be used, but FIPS has proportionality and minimization requirements,” said Jaycox of EFF.

Indeed, the executive order may have been an attempt to preempt the reintroduction of CISPA, avoiding further outrage over internet regulation.

“The EO accomplishes a large chuck of what CISPA is trying to do and it shows that cybersecurity legislation is not necessarily needed,” added Jaycox.