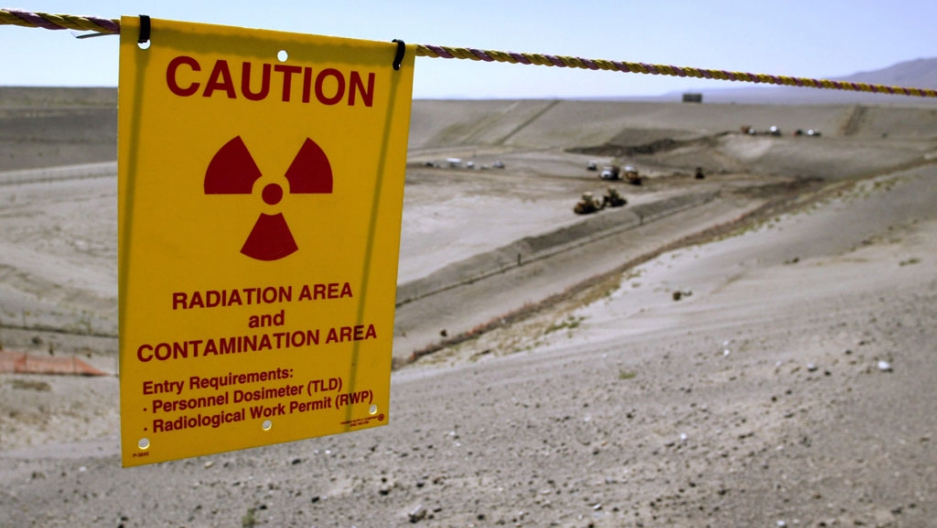 The Environmental Restoration Disposal Facility is seen at the Hanford Nuclear Reservation on June 30, 2005, near Richland, Washington. A tank that holds radioactive liquids is leaking at the site, Washington Gov. Jay Inslee said on Feb. 15, 2013.
Credit: Jeff T. Green
Share

Relaying information from the US Department of Energy, the governor said between 150 and 300 gallons of radioactive material might be seeping from an underground storage tank.

“I am alarmed about this on many levels,” he told media, The Associated Press reported.

“This raises concerns, not only about the existing leak ... but also concerning the integrity of the other single shell tanks of this age.”

Although monitoring equipment says there is a leak, officials haven’t recorded a jump in radiation in eastern Washington.

The tank is one of 177 that hold roughly 56 million gallons of toxic mud underground.

The DOE first identified potential problems with the tank in 1979, the P-I said.

Inslee has called on the federal government to expedite a permanent fix.

“This is an extremely, extremely toxic material,” Inslee said, according to the P-I.

Hanford is called the most polluted nuclear site in the US with the most “high-level” radioactive waste. It produced nuclear material for decades, including plutonium for the bomb dropped on Nagasaki, Japan in 1945.

Earlier this week, a former manager at the site sued her employers for what she called a cover-up, The Los Angeles Times reported.

Donna Busche said those in charge are ignoring warning signs and hurrying reclamation at the site.