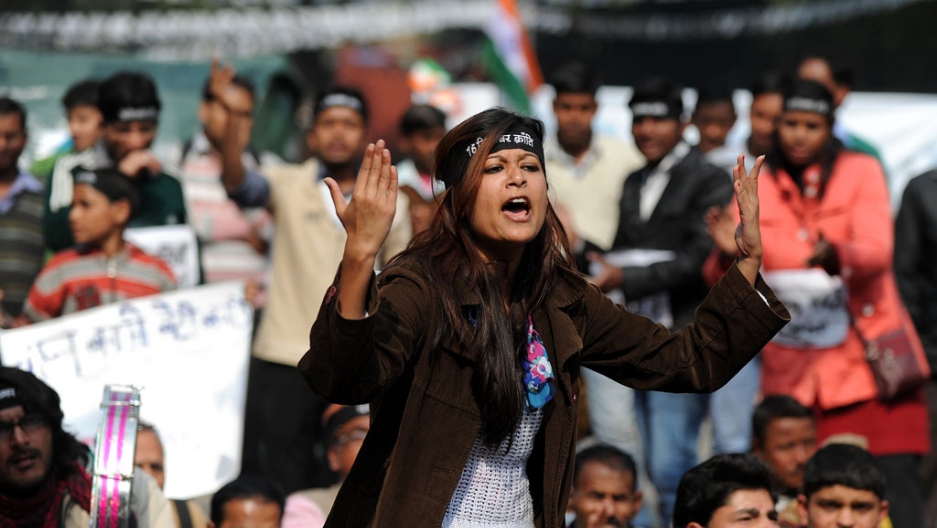 An Indian protester shouts slogans during a demonstration in New Delhi on January 29, 2013, against last month's gang rape and murder of a student.
Credit: SAJJAD HUSSAIN
Share

A six-year-old girl was abducted and raped while playing outside her house in southwest Delhi, India.

The brutal attack happened on Sunday in Gurgaon, in Kapashera, police confirmed.

The girl is in a critical condition in Safdarjung Hospital after undergoing a number of operations, the Times of India reported.

"Her intestines have been partially damaged, while her genitals had major injuries that required emergency reparative surgery," Dr B D Athani, the medical superintendent of the hospital, told the newspaper.

Police said the girl was abducted while playing outside her house. She was found a few hours later by a motorist on the roadside near Kapashera border in a pool of blood.

A source told the Times of India that it appeared the girl's abductor may be someone she knew and that she was gang raped.

The case is a shocking reminder of the ongoing violence against women in India, and is likely to fuel anger in the country over the rising number of attacks.

In the same suburb of Delhi in October last year another six-year-old girl was raped by three men, NDTV reported.

The child was allegedly lured with a chocolate. One of the men was arrested.

Demonstrations protesting at the violence against women were held late last year following the gang rape of a 23-year-old woman on a bus in New Delhi on December 16. The victim in that case died.

Her brutal attack triggered a wave of anger with demonstrators marching through the streets with signs that read, "Hang them till death," and "Stop this shame."