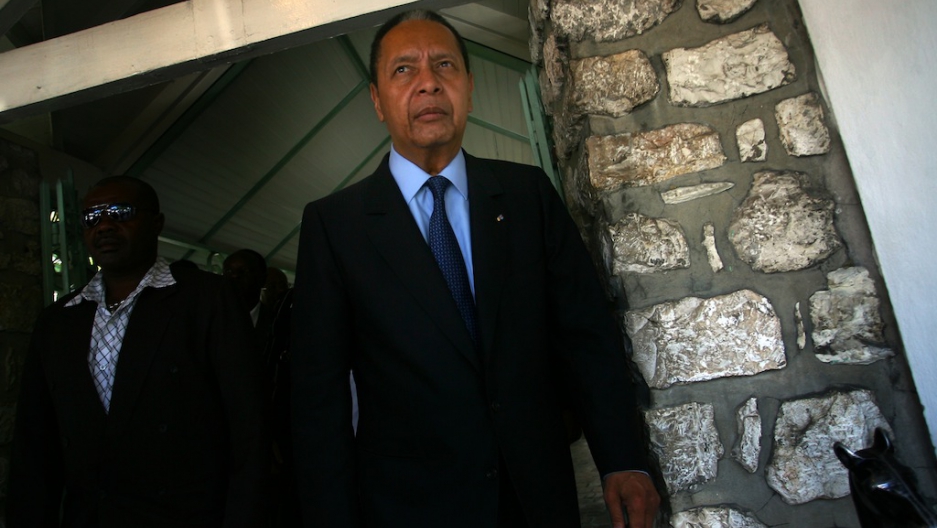 Jean-Claude "Baby Doc" Duvalier returned to Haiti in January, and has been accused by the government of corruption, embezzlement of public funds, and association with known criminal elements. He has also been subject to numerous complaints filed against him for crimes against humanity, including arbitrary arrest, torture and illegal detention, but a judge ruled the statute of limitations on these crimes has expired.
Credit: HECTOR RETAMAL
Share

As if Haiti didn't have enough problems. The beleaguered country's former dictator, Jean-Claude "Baby Doc" Duvalier may not even face trial for what some rights organizations call crimes against humanity.

One of the most notorious dictators of the late 20th century, Duvalier succeeded his father Francois "Papa Doc" Duvalier, and ruled Haiti from 1971 to 1986. He returned to Haiti in 2010 from exile in France quickly following the devastating earthquake.

Duvalier missed a court hearing last week in Port-au-Prince, Haiti, where he was about to be brought up on charges of embezzling millions in public funds and financial corruption, "the latest step in a twirling, evasive dance that Mr. Duvalier is having with the justice system, or what passes for it in Haiti," said the New York Times.

But activists, victims and family members, who remember the Duvalier regime all too well, are urging authorities to prosecute Baby Doc for forced disappearances, torture, extra-judicial killing, arbitrary detention, and beating journalists.

According to the BBC, the Feb. 7 no-show was something of a protest and the second time Duvalier had missed court. Duvalier's lawyers, who did manage to make it in front of a judge that morning, said it was "careless" on part of the court to schedule a hearing on the anniversary of the day Duvalier fled into exile, 27 years before.

However, although he wasn't there, and isn't even being tried for the actions of his brutal regime, victims of his terror, along with Amnesty International, Human Rights Watch, and other organizations contend that he must be brought before a court to answer for his other alleged crimes.

But it's not that easy.

Apparently, Baby Doc could completely escape prosecution for his alleged crimes against humanity. A judge decided in late January that the statute of limitations on his brutal regime had expired under Haitian law, according to Reuters.

The New York Times reports that Duvalier's victims, along with rights groups, argue that there is no statute of limitations when it comes to crimes against humanity.

More from GlobalPost: Cholera case against UN stalls in Haiti

"[The] decision to dismiss the case against former president-for-life Jean-Claude Duvalier for grave human rights violations ignores Haiti’s international obligation to prosecute such crimes," Human Rights Watch said after the ruling last month. “The Duvalier trial could be the most important criminal case in Haitian history. This ruling is another reminder that Haiti’s justice system has almost always been on the side of the powerful, no matter how gruesome or destructive their crimes."

Duvalier was not punished by the judge for missing his court date last week, and the hearing has been rescheduled for Feb. 21, reports the BBC.

For more of GlobalPost's reporting on Haiti, check out our Special Report "Fault Line: Aid, Politics and Blame in Post-Quake Haiti."