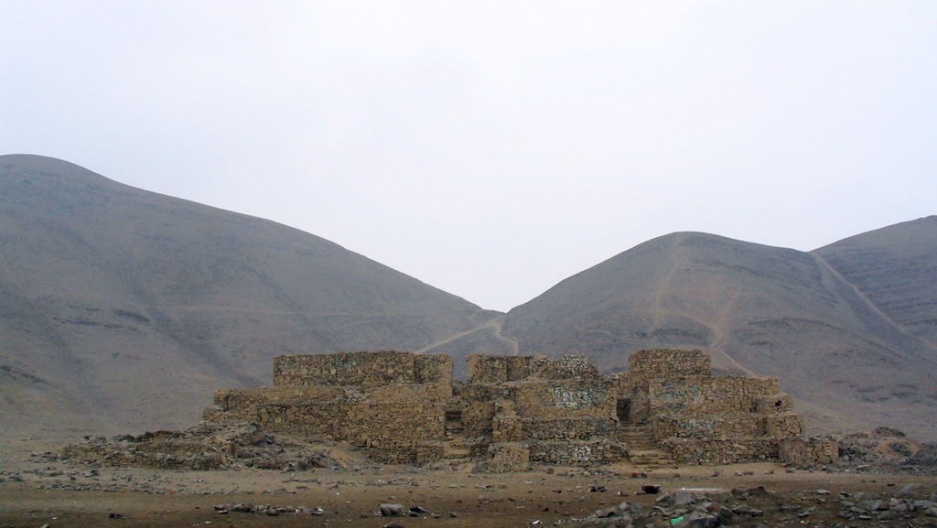 A previously unknown temple believed to be 5,000 years old has been unearthed at the famous El Paraiso archaeological site outside of Lima, Peru, scientists say.
Credit: Wikimedia Commons
Share

Scientists have unearthed a previously unknown temple at the famous El Paraiso archaeological site, located not far from the national capital of Lima — a small stone structure that could be as many as 5,000 years old.

If the temple's great antiquity is confirmed, it could be among the oldest structures in the world, AFP writes: older even than the 4,000-year-old El Paraiso ruins that surround it.

The temple, which features walls coated in yellow clay and with remainder traces of red paint, was found in the western wing of the imposing El Paraiso pyramid, situated in one of Peru's most productive archaeological sites, says the BBC.

Peruvian Deputy Minister for Culture Rafeal Varon told the BBC that the find "corroborates that the region around Lima was a focus for the civilizations of the Andean territory, further bolstering its religious, economic and political importance since times immemorial."

The El Paraiso ruins date from 2000 to 1,400 B.C, according to Indiana University, and appear to have largely been used for ceremonial purposes, instead of as a living area.

These ruins greatly predate the famous Inca Empire, which briefly ruled over Peru from 1438 to 1533.