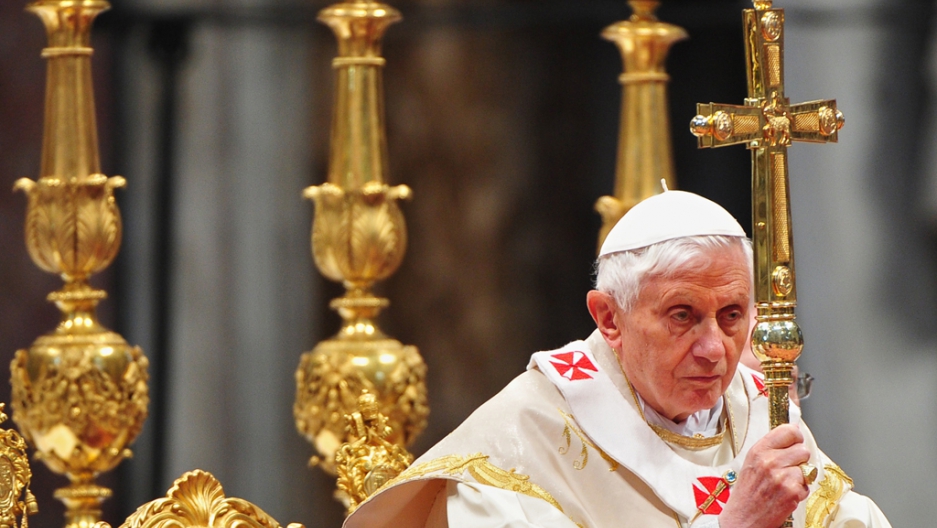 BRUSSELS, Belgium — Pope Benedict XVI has shocked the Catholic church and the wider world with his decision to step down, reportedly the first pontiff to leave office alive since 1415.

A Vatican spokesperson announced Monday morning that Pope Benedict XVI will resign from his post Feb. 28.

Spokesman Federico Lombardi said, "The pope announced that he will leave his ministry at 8:00 pm (1900 GMT) on February 28" in a statement.

The announcement seemed to come out of the blue, although The Telegraph noted signs in recent months of the Catholic leader's decline:

Last year the pope started using a cane on occasions and recently he appeared to have trouble reading the text of an address he delivered in Rome.

Cue speculation about the next one.

After popes from Germany and Poland, will the cardinal's conclave go back to the tradition of Italian popes? Or is it time for the church to let by an African, Asian or someone from the Americas?

Nigeria’s Cardinal Francis Arinze and Ghana's Cardinal Peter Turkson are among the favorites to become the first African Popes in over 1,000 years, but according to Irish bookmaker Paddy Power, the favorite is Cardinal Marc Ouellet of Canada.

Several Italian cardinals are also among the frontrunners.

GlobalPost's Ames says "the appointment of a non-European pope would send a powerful signal of the shift in the church's support base with a growing proportion of the world's 1.2 billion Catholics coming from Africa and Asia, while number in Europe declines.

Whoever gets the job will have to deal with a raft of issues from Islam and evangelical Protestant churches, to AIDS, gay rights, the role of women in the church and the fallout from sexual abuse revelations against priests."

In a statement published on the Vatican's official website, the pope wrote:

After having repeatedly examined my conscience before God, I have come to the certainty that my strengths, due to an advanced age, are no longer suited to an adequate exercise of the Petrine ministry.

For this reason, and well aware of the seriousness of this act, with full freedom I declare that I renounce the ministry of Bishop of Rome, Successor of Saint Peter, entrusted to me by the Cardinals on April, 19, 2005, in such a way, that as from Feb. 28, 2013, at 20:00 hours, the See of Rome, the See of Saint Peter, will be vacant and a Conclave to elect the new Supreme Pontiff will have to be convoked by those whose competence it is.

More from GlobalPost: A New Inquisition: The Vatican's investigation of American nuns