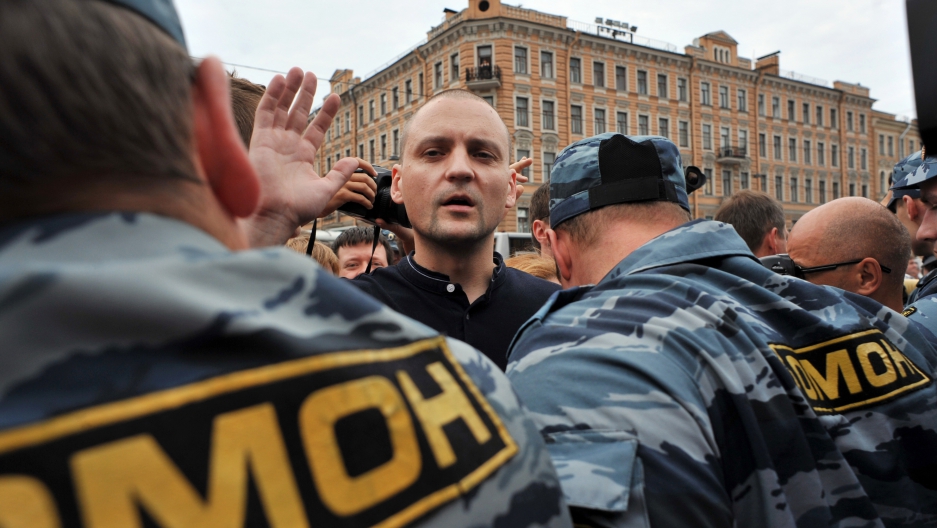 Udaltsov is the leader of the Left Front coalition, and is accused of conspiring to incite mass disorder and overthrow President Vladimir Putin. He was arrested in October 2012, BBC News reported.

He faces between four and 10 years in prison if convicted.

Moscow Judge Artur Karpov said the activist will remain under house arrest in his southeast Moscow apartment until at least April 6, 2013, RIA Novosti reported, the end date for the investigation into his case.

Udaltsov is forbidden from speaking to anyone aside from lawyers, investigators, and his relatives, and is prohibited from using the Internet, according to RIA Novosti.

Authorities justified the house arrest by arguing that Udaltsov was being unresponsive to investigators and that he "continues to commit illegal acts," Agence France Presse reported.

The 35-year-old, who is the grandson of a prominent Bolshevik, rose to prominence during the 2011 protests against Putin's political monopoly, and has since become one of the opposition's key speakers, AFP reported.

Udaltsov has called the charges “a political order against me because my public actions anger the government," according to the New York Times.

“All the reasons being offered as evidence were already perfectly clear to them in October, when I was first placed under a travel ban,” Udaltsov said. “Nothing has changed.”