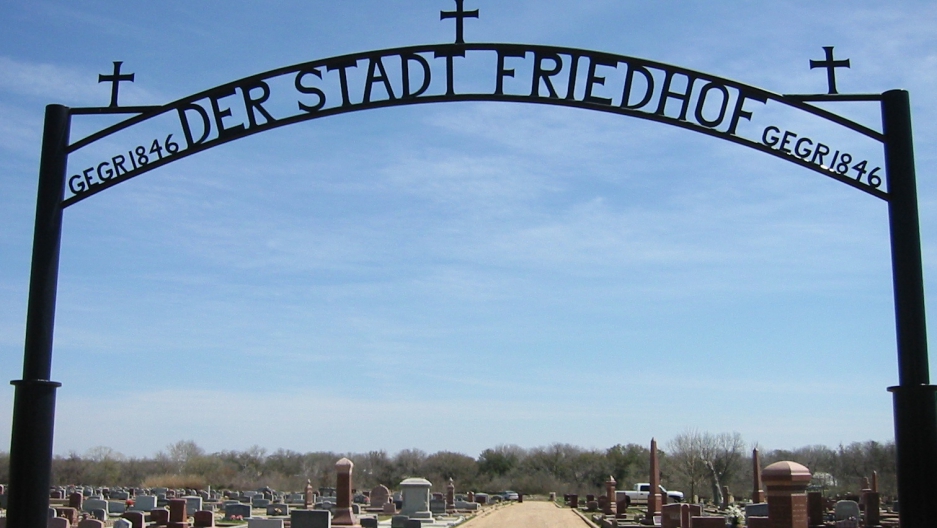 Is Texas' German dialect and heritage on its way to being laid to rest? Hans Boas, a university professor who's studying the language, is trying to make sure that doesn't happen.
Credit: Hans Boas
Share

TUSCON, Ariz. — It was easy for Dorothy Schneider to get in touch with her European roots growing up in the tiny farming community of Galle, Texas, in the 1930s and 1940s.

“There was German spoken everywhere,” the now 75-year-old said recently. “It was our first language in my family. You could speak it at the church, at the butcher shop, all over the place.”

Today, though she doesn’t live far from her girlhood community, it is almost impossible for Schneider to find people who will speak her native tongue with her. She knows it is dying, and she can’t do anything about it.

“It’s terrible, but I just have to accept this,” she said.

As the obscure dialect of Texas German nears extinction, an entire culture and way of life that deeply shaped Texas is about to disappear.

A century ago, more than 100,000 people in a large swathe of south central Texas spoke the dialect. To the uninitiated, it sounds like a strange mishmash of English and German.

Today, perhaps 8,000 people can speak it, the youngest of whom are in their 60s, according to Hans Boas, a University of Texas at Austin professor who studies Texas German. Few have passed it on to their children and grandchildren, so the dialect is now impossible to save, Boas said.

All that can be done now is catalogue its characteristics for posterity. Boas’ Texas German Dialect Project is racing to conduct interviews with the last remaining speakers for the benefit of future genealogists, linguists and historians. (Below, Boas can be heard speaking with speaker 73-year-old Bill Moltz, from the Texas Hill Country, about chores on his family farm when he was growing up.)

“There is no doubt that it doesn’t have much time left,” Boas said. “The question is what remains behind.”

Apart from among history buffs, Texas’ rich links to Germany are little known. When German immigrants began pouring into the state by the thousands in the 1800s, seeking large tracts of land and an opportunity for new, prosperous lives, they created settlements where they could speak their own language and maintain their culture.

Small cities with names like Weimar and New Berlin sprang up throughout what was known as the “German Belt” and, by the 1900s, Texas Germans boasted powerful business and agricultural communities and a thriving press.

But World War I, which brought the community under suspicion, was the beginning of the end, Boas said. English-speaking officials banned children from speaking German in schools and many people feared speaking their language on city streets. That only intensified during World War II as parents stopped passing German on to their children. By the 1950s, the community’s once-vibrant newspapers had shut down — things were changing rapidly.

Texas Germans, many of whom served honorably in the US military and made deep contributions to the community, were assimilating into mainstream American society.

Boas sees a modern lesson in all of this: “There are strong parallels between what German immigrants went through and what Latino immigrants experience today,” Boas said. “The German culture was very strange to some Americans and vilified by many, but Texas Germans, became part of the fabric of the community, just as today’s immigrants will.”

But, these days, more Spanish is heard on the streets than German.

Among Texas Germans, the knowledge that what they know is disappearing produces both senses of pain and acceptance.

“At times it bothers me, but when you look back, life is just a bucketful of changes,” said Alton Rahe, 80, who grew up in the Hill Country and has written books about how the community is changing. “The language is fading, but I have to believe that the heritage will keep flowing.”

Many try, in their own small ways, to maintain what they have left — Schneider still bakes traditional cookies and German-style bread and goes polka dancing whenever she can.

And Ivarene Hosek, a 69-year-old who lives in the small town of Floresville, tries to find people with whom to speak her mother tongue. But she says her circle of language partners grows ever smaller as Texas Germans pass away one-by-one.

“It’s hard because there are so few who can speak it with me anymore,” Hosek said. “Sometimes it just makes me sad.”

Much of Texas German can be understood by speakers of standard German, but there are big differences in vocabulary. Texas Germans often simply appropriated English words, like the following: