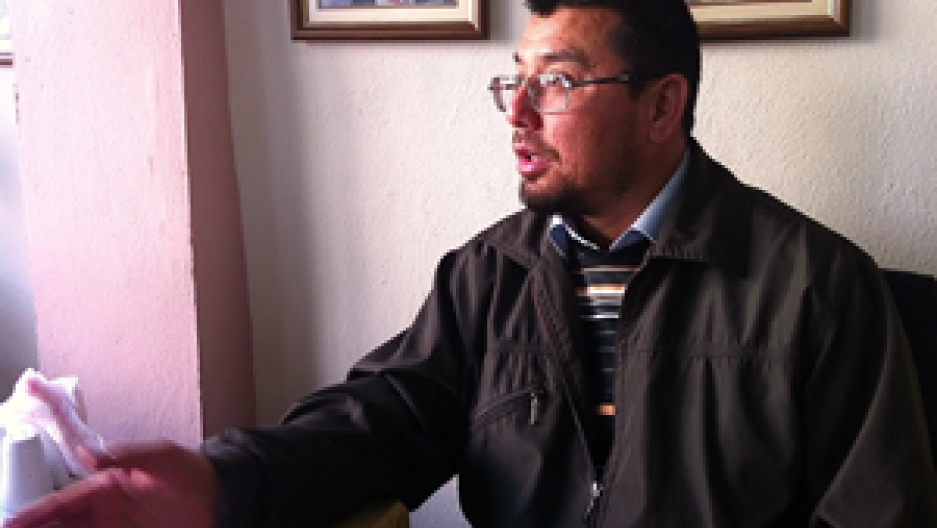 Abu Bakker Qassim was a little concerned when Albania granted him and four other Muslim Uighurs political asylum.

It was back in 2006, and they'd all spent four-and-a-half years as detainees in Guantanamo Bay.

Qassim says he fled China in 2001 to escape persecution of Uighurs, a Turkic-speaking Muslim minoirity group.

Qassim was among 22 Uighurs captured near the Afghanistan-Pakistan border in 2011, not long after the US began the war in Afghanistan.

Many facts in the case remain murky, including where exactly they were captured. Or why they spent time at camp in Tora Bora, Afghanistan. By some accounts, they were being trained as militants to fight for Uighur independence in China.

But years court cases and an evolving position of the US government on the men, generally came to the same conclusion: that they weren't the enemies of the US or US forces.

But they remained locked up for years because they had nowhere to go. China considers the men terrorists and seeks to prosecute them. Few countries wanted to take them. Albania, a staunch US ally, agreed to take five in 2006.

"I had this idea that Albania would be a huge country because when I was young, I would see many movies on Chinese TV because of the strong relationship at the time," Qassim says.

But when he arrived, Qassim says he had trouble believing he was in Albania, in part, because Tirana seemed too small to be the capital of a country.

"I looked at a map to find Albania. And I couldn't find the thing. I asked people, "can you point at Albania on the map?" and what they showed me was a tiny dot."

He also learned that Albania had become a democracy years before and that it was majority Muslim country.

Qassim also would soon realize that Tirana is teeming with pizza parlors. He had never heard of pizza before and didn't speak Albanian. But he wandered into a pizzeria and somehow managed to order a pie.

"It was delicious. And the owner didn't charge me for it as a sign of respect," Qassim says from the tiny kitchen of a halal pizzeria in Tirana, where he now works part-time.

These days, pizza is the anchor of Qassim's life in Albania. "This isn't a hard job. But it gives you pleasure when people enjoy the pizza you make, when they give you a tip," Qassim says as he makes his speciality: the Mix Pizza, which is basically the works with a few regional touches: Albanian smoked beef and Bosnian sausage.

Qassim is speaking in Albanian, a notoriously difficult language to learn. He says he took an Albanian class after he arrived in Tirana, but the pizzeria has been a better teacher.

"At first it was a learning by trial. Sometimes I made mistakes. And guys would make fun of me. It was definitely a learning process," he says. His job also gives an opportunity to tell the history of Uighurs. But it was the story of the Uighur ex-Guantanamo detainees that resonated with Ahmet Dursun.

Dursun is a Tirana restaurateur. He met the Uighurs by chance in 2007. One of them showed up at his Turkish restaurant to ask for directions. Dursan invited the Uighurs in for a meal.

They were able to communicate because the Uighur language is related to Turkish. And they told him their story.

"I had one of the most difficult meals of my life. When they were telling me of their experiences, it was very tragic to hear what they had gone through," Dursun says. Dursan decided he needed to do more than just offer hospitality.

He wanted to show Albanians that the Uighurs deserved to be part of their society. His restaurant had a rotating special. Non-Albanians would come and cook dishes from home. The proceeds went to charity. Dursan invited the Uighurs to cook, and Qassim's veal pilaf was a hit.

"He used so many carrots, that probably rabbits went hungry that day," Dursun says. "It was very tasty — it was very delicious. It also had grilled onions. It was a mixture that i'd never seen before. Everyone enjoyed it a lot."

Dursan also invited a TV reporter to interview Qassim and the others. Qassim says that interview, on Albania's Top Channel station, marked a turning point.

Until then, he says some people were nasty to him, treating him as if he was a terrorist.

"People got to understand our plight. And from that moment on it got better," Qassim says. The Uighurs' lives have improved considerably. Qassim says he has Albanian friends, and he has a wife here, another Uighur, and an infant daughter. Qassim, though, still says he has trouble making ends meet. He only works part-time, and the state aid he receives isn't enough to support his new family.

Qassim says it's hard to find work — between the high unemployment and his background. "It's difficult when you go and apply, and ask for a job. They ask me where I'm from. I tell them I'm a uighur. So right away they make a connection with Guantanamo. Guantanamo continues to weigh heavily on Qassim. Three of his friends remain locked up there.

"No country is willing to take them," he says. Still, he doesn't seem to bear any resentment toward the US or his guards. He blames the Pakistanis whom he says turned the Uighurs over to US forces in 2001 for a bounty.

He says the Americans were duped into thinking they were terrorists. "When we told the Americans we were Uighurs, the situation improved. They didn't have any problem with us. They actually treated us quite nice. Some of our jailers would give us chocolate bars," he says Qassim also takes pains to avoid criticizing the US for not releasing him sooner.

"I don't know what took so long," Qassim says, "Maybe there were political reasons." Qassim, though, might be wise to avoid sounding critical of the US in Albania. It's an overwhelmingly pro-American country, which is hosting the Uighurs at the request of the US.

Even if he wanted to, Qassim can't really go anywhere else. He doesn't have a passport, since he's not a citizen. And if he were to return to China, he would almost certainly be arrested.