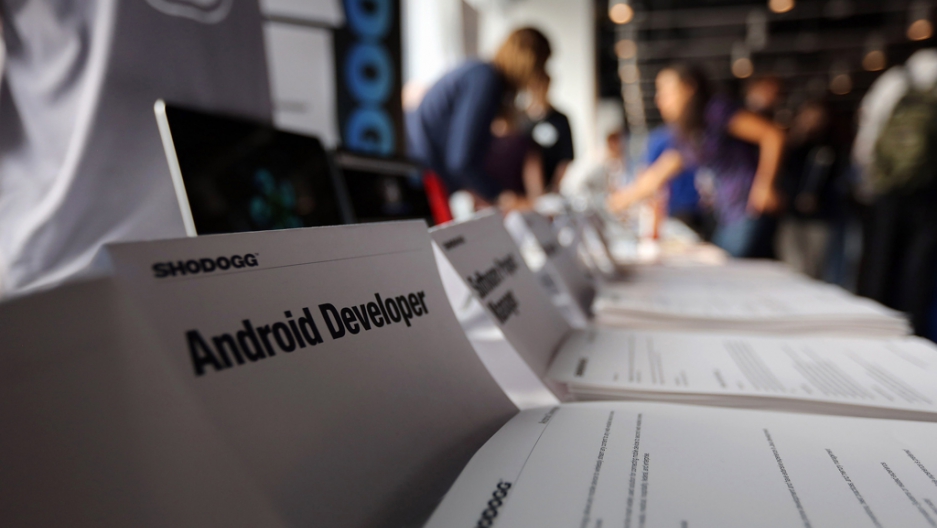 With cities like Boston and San Francisco jam packed with entrepreneurs and investors, there are plenty of networking events to connect upstarts with deep-pocketed investors. But what if you're trying to innovate in, say, Omaha, Neb.? Or Des Moines, Iowa?

Physically far from the financial and startup hubs on the East and West coasts, entrepreneurs in between the two regions have to work harder to create the vital connections that often lead to funding, say regional startup experts including Nick Bowden. He's co-founder of Omaha-based startup MindMixer, which promotes online communities and engagement on topics ranging from better schools to improving local parks.

Despite the distance from California's Silicon Valley and New York's Silicon Alley, a small startup scene is emerging in Nebraska, Iowa, Missouri and Kansas. Welcome to Silicon Prairie.

A key conference for Midwest entrepreneurs — "Big Omaha" — is now entering its fifth year. The next conference there is scheduled for May. Instead of heading to San Francisco or New York City, entrepreneurs from across the US will fly into Omaha's Eppley Airfield and head to the Old Market neighborhood downtown to mingle with other upstarts and network.

The Midwest has been slowly gaining momentum as a startup region, said Jeff Slobotski, co-founder of Silicon Prairie — a news source, and also event producer for the "Big Omaha" conference and its sister conferences in Des Moines and Kansas City, Mo. About 700 people attended 2012's "Big Omaha" event compared to 430 during the conference's debut in 2009.

While startup scenes are common among larger cities, a community devoted to upstarts and creative innovators remains something of a novelty in the Midwest. Most people don't expect it, Silicon Prairie's Slobotski said. And in an area far better known for old-school industries such as agriculture and insurance, local entrepreneurs have something to prove.

The Midwest offers a tight-knit startup scene, and its small, manageable size makes it easier to participate in a meaningful way — instead of being swallowed up by the much larger companies and crowded ranks of upstarts, as is the case on both coasts.

"There's a unique sense of pride and ownership to what we're doing," Slobotski said. "You can make a mark and make a change, on a bigger scale," he said.

Because local entrepreneur groups are smaller and the pool of investors is relatively fewer compared to bigger cities, conferences such as "Big Omaha" offer a unique opportunity to make a splash with potential investors.

And as recent success stories show, networking and bootstrapping small operations in the Midwest can work. Slobotski cites several successful startups, whose origins can be traced to connections made at prior "Big Omaha" conferences.

Bowden of Omaha-based startup MindMixer connected with a key investor — Omaha-based Dundee Capital Ventures — and got a boost for their online platform, and is now in its second round of funding. MindMixer is tapping more distant investors for this round, he said, and savvy startups will do the work to create a broader web all year — not just at annual events.

The pool of tech specialists and overall talent to build websites and other ventures is smaller. Also, fewer entrepreneurs are likely to take the riskier path of launching a new business in the Midwest rather than accept a safer job at a Fortune 500 company, where their tech skills would be welcome, said Slobotski of Silicon Prairie.

Local investors also tend to be more conservative and gun shy about investing in small tech companies with a short track record, said Bowden of MindMixer.

So why stick it out here, so far from traditional startup hot spots?

The Midwest as an outpost for startups is certainly thinner. SeedTable, a website that tracks startup companies by city, lists 47 startups in Omaha, 13 in Des Moines and 26 in Kansas City. It sounds like a healthy crop, but it's far fewer than the 350 listed in Boston, or the 1,840 in San Francisco.

But Slobotstki of Silicon Prairie adds companies here enjoy more visibility than they otherwise might have in larger cities. And then there's the cost of doing business in larger urban areas.

Compared to Omaha, the cost of moving and setting up shop to Boston, New York or San Francisco is brutal. Bowden said his company MindMixer — briefly — considered a San Francisco move, but suffered some serious sticker shock.

Sure, moving to California would have brought some intangible benefits such as access to a greater talent pool and closer proximity to more investor groups. But whatever money they raised would have flown out the door at a much faster pace, Bowden said. Coupled with the founders' desire to stay rooted in their hometown, a move just didn't make sense for MindMixer.

Slobotski said MindMixer's startup journey is a fairly typical experience. Entrepreneurs have personal ties to the area, and believe its strengths outweigh its weaknesses. Midwestern cities may have a smaller talent pool, but locals insist they have the resources needed to make startups thrive.

Omaha's tech scene, as an example, also offers fewer distractions and the ability to focus on the business. The region seems to attract more entrepreneurs and fewer hipsters dabbling as innovators.

"You don't have time to focus on the hype," said Slobotski of MindMixer.

But no matter where you are, entrepreneurs and researchers said networking — not physical location — is a key part of startup success.

"If you don't have that, it becomes much more lonely and very difficult to get things started," said Heidi Neck, professor of entrepreneurial studies at Babson College in Wellesley, Mass.

Neck's recent report, "Elements of the Entrepreneur Experience" examined the experiences of startups in major tech centers as well as smaller areas such as Omaha, Providence, R.I., and the South's Gulf Coast region.

No matter where she interviewed entrepreneurs, Neck said, they reaffirmed the idea that in-person networking was essential, and not just to woo investors. Face-to-face conversations were essential to boosting their confidence as emerging entrepreneurs and the sense that they were contributing in a meaningful way to their communities.

As MindMixer's Bowden put it — revealing his Midwestern pragmatism — a good idea backed by diligent work is going to succeed, regardless of location.