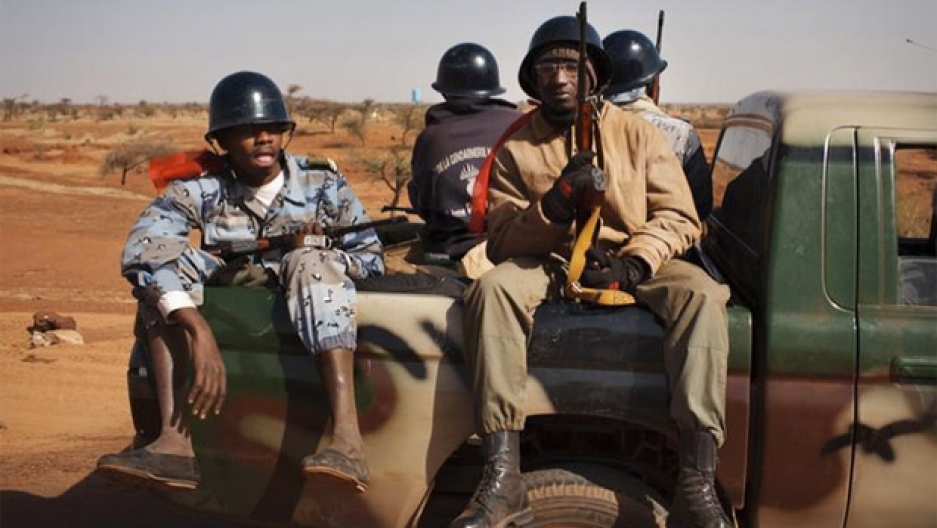 Share
As the militants melt away from cities and towns in northern Mali, there have been scenes of jubilation. People who have experienced life under the rule of Islamist fighters say it has been a harsh, violent existence. And some believe the threat of more violence will remain even after the war is over. Laura Lynch reports from Bamako, the southern capital now serving as a refuge for many who fled the north. There are nothing but smiles on the faces of the dozen children spilling out of a small apartment in Bamako. The cramped quarters — with five adults there are 17 in all— are better than what they left behind when they escaped the city of Gao last spring. Mohammed Ibrahim Yattara — father to six of the children —says it was a frightening time. "Mostly when you see people coming shooting gunfire in front of your house or threatening you with a gun in front of your children in front of your wife I think that's a very scary thing," Yattara says. First, Yattara says Tuareg rebels came, then Islamist militants. Being Christians, he and his family felt like targets —especially when their church was destroyed. He says that was just the beginning. "Drastically life has changed because when they looted the city there was no bank, no market," he says. "I mean nothing." Today, though he's smiling at the news that the last stronghold of the militants, Kidal, appears to have fallen. Yattara thinks the war is all but won and his country is saved. We think we'll have years, centuries of security and peace," he says. Others, though, including the fighters themselves, insist this is just a pause. Analysts suggest this may evolve into a guerrilla war with smaller scale, irregular attacks, similar to Afghanistan. In a nearby house where Mohammed Ag Sabou lives with his and three other families, there's not much talk of a lasting peace. He is from Timbuktu and fled when Islamist fighters evicted him from his house. Realistically, he says, the military will have to stay there for along time to strengthen security and prevent revenge attacks. There are still lots of Islamists, in the cities, in the mountains, in the desert. And then there are those who cannot contemplate ever trying to find a peace pact with those who invaded their cities and their lives. At this busy bus station, Suleiman Traore stands out, wearing a heavy grey jacket with long sleeves in the intense heat of Bamako's midday sun. He wears it for one sad reason. "It's to stop me from seeing that my hand isn't there anymore," he says. Traore was caught by militants last fall in Gao, accused of stealing their weapons. For that, they cut off his right hand. He rolls up his sleeve to show the stump, and pronounces what he thinks should happen to the fighters who are now retreating under fire. "The best way to deal with them isn't to kill them," he says. "I think they should be mutilated too so they'll know the pain and the difficulties of living this way." Perhaps the biggest clue to how these refugees really feel about the swift military victories in the north lies in their plans for the future. They don't want to return home just yet. They are waiting and watching, not certain what will come next.