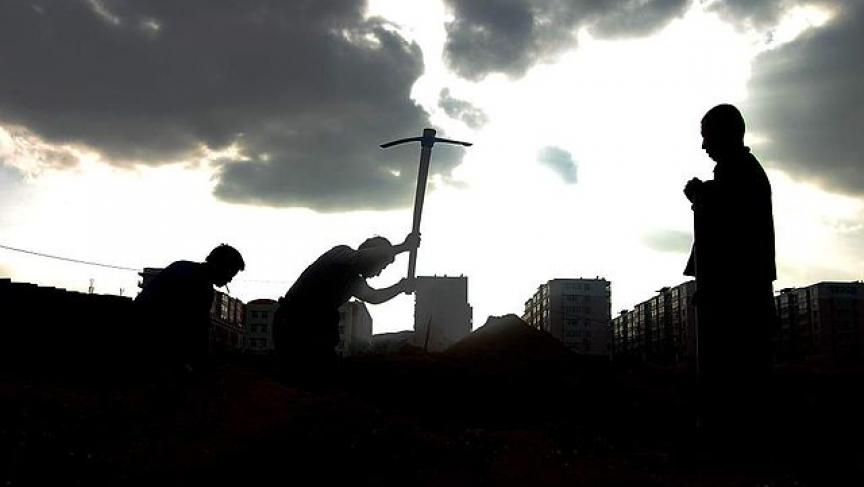 Migrant workers in China have a harder time moving up economically in Beijing. (Photo by Maple Color via Wikimedia Commons.)

The United States is leading the developing world in income inequality between the rich and poor, according to a study last November by the Congressional Research Service.

Now, world news site GlobalPost is comparing global income inequality in cities in the United States and others around the world.

The report, 'The Great Divide: Global Income Inequality and Its Cost,' mapped cities across the world and matched them based on their inequality rating.

Moran said, by using the GINI coefficient, a measurement of inequality in any metropolitan area, country or state, Moran found an inequality rating similar to Bangkok, Thailand.

"We thought we would start looking across the United States and find places where there were these kind of correlations with shocking developing world emerging cities, where you might expect there to be a great deal of inequality," he said.

The problem isn't Bridgeport, per say, Moran said, but rather the Bridgeport Metropolitan area, which includes all of Fairfield County.

"What's unusual is that statistics now show that during a period roughly starting in the mid-70s, the middle class in these towns, like Norwalk and Stanford and Fairfield, stagnated as their incomes fell," he said.

Middle class incomes fell or stayed the same, Moran says, while the upper one percent of incomes, according to the Congressional Budget office, went from having 10 to 20 percent of American wealth. Statistically speaking, it's roughly equivalent to the income inequality that was reported in 1910.

"The great experiment of changing the tax structures so that the rich would get more money, they would create economic activity, this would trickle down, clearly the activity happened," he said. "The U.S. economy grew, the trickle down did not happen, the middle class stagnated or fell and that wealth ended up absorbed by the top 20 percent of our income strata."

In China, GlobalPost correspondent, Kathleen McLaughlin, says immense wealth is visible in cities like Beijing and Shanghai, but in other places there's crushing poverty.

"There are places in cities like Beijing where you can go to a single neighborhood and see both," she said. "China has a two-tired system for people who come from rural areas and people who are born in urban areas and it's incredibly difficult to ever move up economically if you're born in the countryside and try to move into a city."

Essentially, China has created a whole class of citizens unable to move into a higher class. Of course, there have been stories of people who acquire wealth through hard work, but if you're a migrant worker coming to Beijing with the wrong paperwork, you'll never move into a different income bracket, McLaughlin said.

"It's comparable to looking at immigrants coming into the U.S. from another country. That's the kind of situation that you see in cities like Beijing," she said.

For the first time in 12 years, the Chinese government released it's own measure of the GINI coefficient.

Right now, China has 230 million people who are part of a two-tier system. As the country urbanizes the problem will continue to grow, McLaughlin said.

"I think that what you're seeing in China versus the United States is a country that started grappling with capitalism in 1978 versus one that started in 1776," Moran said.

The United States went through this phase when the Carnegies and the Rockefellers accumulated great wealth in 1929. Back then, the U.S. thought this period would end with economic collapse, Moran said.