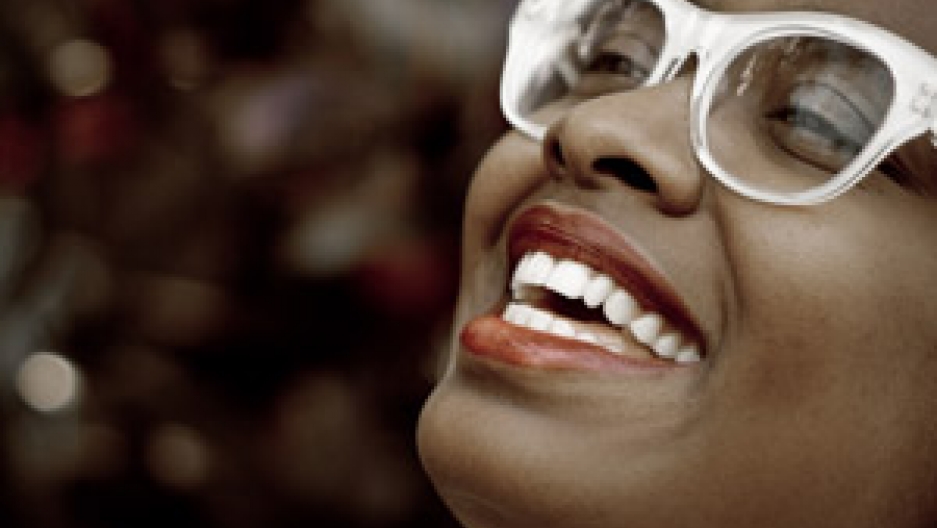 Share
Cécile McLorin Salvant operates very much within jazz standard territory—she often sings classics such as 'I Didn't Know What Time it Was' by Rodgers and Hart. And Salvant has a classic jazz voice—she's got what someone once told me every jazz singer needs: a voice with a core of steel wrapped up in soft cotton wool. In fact, when you listen to Salvant perform, it sounds like she grew up singing this kind of stuff. Not so. "When I hear all these people talking about how jazz is a very American art form and it's very much of our people, those are all things that are true," she says. "But I really started singing and performing and doing gigs when I was in France." Salvant headed to music conservatory there after high school; she was born and raised in Miami. She went to France planning to study classical singing but, on a whim, she met up with the school's jazz teacher—and he set her on a different path. "As American as it is, I really started singing and learning about the music from French people," she says. "And learning about the love and the passion that people can have for this music from the French audience." The French, it should be said, are reverent when it comes to jazz. From the moment the music reached Paris, it was seen as a refined, avant garde art form. And there was an assumption in France than Salvant was part of a storied lineage. "In France I used to be told, well since you're black and you're American, that's why you can sing this music." "And I was, like, that's not why. I was not at all raised in an African-American family culture. My my dad is Haitian, mom is French-Guadeloupean, and in Miami, on top of that, we had more of a Caribbean vibe. It was a lot of different things. Cécile McLorin Salvant recorded her first album when she was 19. Now 23, she's about to release a second, titled Woman Child. And, whether it's French people expecting that she be all-African American, or Americans expecting her to sound like a Haitian-French-Caribbean hybrid, it's an opportunity to meet or challenge those expectations. "Which is good," she adds. "I'm going to take advantage of it, you know" In recent performances, she's used her jazz outsider license to explore elements of the music's history, elements that are often quietly put away at the back of the closet. "There's a song that Valaida snow used to sing. And she used to sing a song called 'You Bring Out The Savage In Me'. How do you sing that? You're black in the 30s, people expect that; it's funny, to me it's just, like, 'wow'." Woman Child will also feature a song with music by Salvant herself, a setting of a poem in French by the Haitian writer Ida Faubert—it translates as 'My Forehead Hidden on Your Lap'. Cécile McLorin Salvant performs at Lincoln Center's American Songbook series this Saturday in New York.