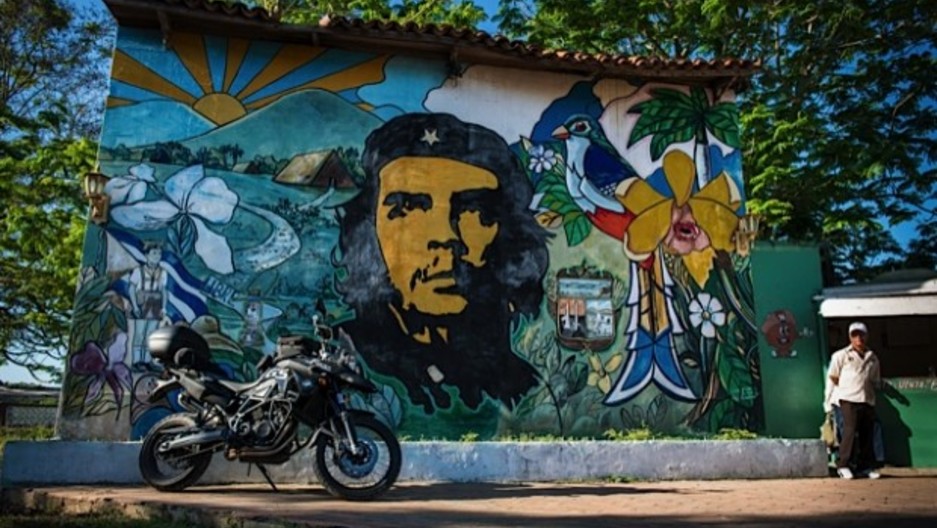 For our Geo Quiz we're going to check in with a motorcyclist in Cuba.

This guy's leading a group of bikers on a ride across the island from Havana to Guantanamo.

Tuesday, they stopped to fill up their tanks in a city on Cuba's southern coast…and that's the place we want you to name.

The city is about 150 miles from Havana. It's one of Cuba's important seaports – where sugar, coffee, and tobacco are shipped out. There's an 18th century fortress still standing near the entrance to the bay that was once used to fend off Caribbean pirates.

And here's a linguistic clue: the city's name is Spanish for "a hundred fires."

Christopher Baker is leading the first-ever all-Cuba exploration by a US motorcycle group, MotoDiscovery, which the US Treasury Department granted a license to legally run Cuba trips.

The World caught up with the bikers when they stopped for gas in Cienfuegos, the answer to the Geo Quiz.

In addition to touring Cuba, Baker says one of the aims of the people-to-people exchange is to meet up with Havana's harlistas, Cuba's fanatical Harley-Davidson owners.

Check out a few snapshots taken by motorcyclist Don Toothman in Cuba: