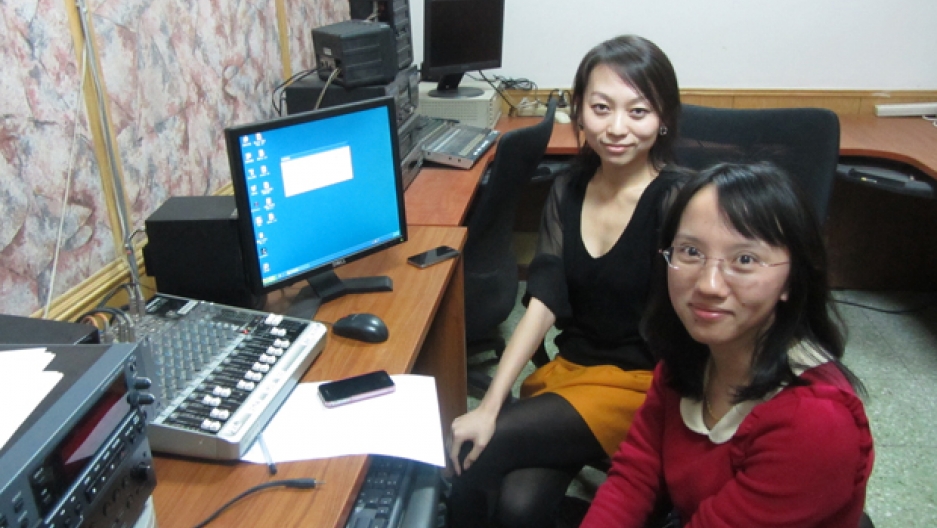 Editor's Note: The success of Kate Bolick's Spinster got us thinking about one of our most popular articles ever, China's ''Leftover Women.'' The author says the eye-popping situation hasn't changed. Here is her story.

Huang Yuanyuan is working late at her job in a Beijing radio newsroom. She’s also stressing out about the fact that the next day, she’ll turn 29.

“I have no boyfriend. I’m having big pressure to get married,” she said.

Pressure from her parents, from friends and from society.

Huang is a confident, personable young woman with a good salary, her own apartment, a master's degree from one of China’s top universities, and a wealth of friends. Still, she knows that these days, single, urban, educated women like her in China are called “sheng nu” or “leftover women” — and it stings.

It’s an odd label in a country with a surplus of single young men.

A television drama, that ran a couple of years ago called “Old Women Should Get Married,” featured a 33-year-old woman who watched her younger sister get married, suffered through blind dates (including one who turned out to be a drug dealer), and put up with her family telling her to stop being so picky and just find a man.

This kind of message gets hammered home in multiple ways in China’s state-run media. Even the webpage of the government’s supposedly feminist All-China Women’s Federation featured articles about leftover women — until enough women complained.

So, what’s all this about?

“I argue that the ‘leftover women’ term is actually part of a sexist media campaign by the government, which is facing a severe demographic crisis,” said Leta Hong-Fincher, an American doing her sociology doctoral work at Tsinghua University in Beijing.

She’s written about the leftover women phenomenon. She says state-run media started using the term in 2007, the same year the government warned that China’s gender imbalance — caused by selective abortions because of the one-child policy — was a serious problem.

“Ever since 2007, the state media have aggressively disseminated this term, in surveys, and news reports, and columns, and cartoons and pictures, basically stigmatizing educated women over the age of 27 or 30 who are still single,” Hong-Fincher said.

But the gender imbalance in China is one of too many men. There are an estimated 20 million more men under 30 than women under 30. So why the pressure on women to marry — specifically, educated, urban women?

Huang Yingying says it has something to do with men wanting to marry down.

But it’s the “A” quality women the government most wants to procreate, to improve the "quality" of the population, Hong-Fincher said.

“The Chinese population planning policy used to officially have a law promoting eugenics; they actually had the word ‘eugenics’ in the name,” she said. “Now they’ve changed it, because they recognize that’s kind of offensive. But that’s what the family planning policy is.”

Hong-Fincher says some local governments in China have even taken to organizing mixers, where educated young women can meet eligible bachelors. The goal is not only to improve the gene pool, but to get as many men paired off and tied down in marriage as possible, lest an army of restless, single men cause social havoc.

Some women hold out for guys of a certain height, or education level, or income — or those who already have houses and cars. And many guys insist on women who are young, beautiful and not as well-off or well-educated as they are.

So the state-run media keep up a barrage of messages aimed at picky, educated women. Take one titled “Leftover Women Do Not Deserve Our Sympathy.”

“Pretty girls do not need a lot of education to marry into a rich and powerful family. But girls with an average or ugly appearance will find it difficult. These girls hope to further their education in order to increase their competitiveness. The tragedy is, they don’t realize that as women age, they are worth less and less. So by the time they get their M.A. or Ph.D., they are already old — like yellowed pearls.”

Then again, even in the United States, women of a certain age might remember a 1986 Newsweek article that said women who weren’t married by 40 had a better chance of being killed by a terrorist than of finding a husband. It created its own wave of anxiety in educated, professional women at the time, and was widely quoted — for instance, in the movie “Sleepless in Seattle.”

Newsweek eventually admitted it was wrong, and a follow-up study found that two-thirds of the single, college-educated American women who were 40 in 1986 had married by 2010.

So it’s a little odd to be calling educated Chinese women leftover at 27 or 30. Even if China does have a long tradition of women marrying young, the average age of marriage has been rising, as it often does in places where women become more educated.

A 29-year-old marketing executive, who asked to go by her English name, Elissa, says being single at this age isn’t half bad.

“Living alone, I can do whatever I like. I can hang out with my good friends whenever I like,” Elissa said. “I love my job, and I can do a lot of stuff all by myself, like reading, like going to theaters. I think one of the reasons I enjoy my life is that I have many single friends around me, so we can spend a lot of time together.”

Sure, she says, during a hurried lunch break, her parents would like her to find someone, and she’s gone on a few blind dates, for their sake.

“Disaster,” Elissa said. “I didn’t do these things because I wanted to, but because my parents wanted it, and I wanted them to stop worrying. But I don’t believe in the blind dates. How can you get to know a person in this way?”

Elissa says she’d love to meet the right guy, but it’ll happen when it happens. Meanwhile, life is good — and she has to get back to work.

Mary Kay Magistad, a longtime East Asia correspondent, wrote this for PRI's The World — a co-production of the BBC World Service, PRI and WGBH.