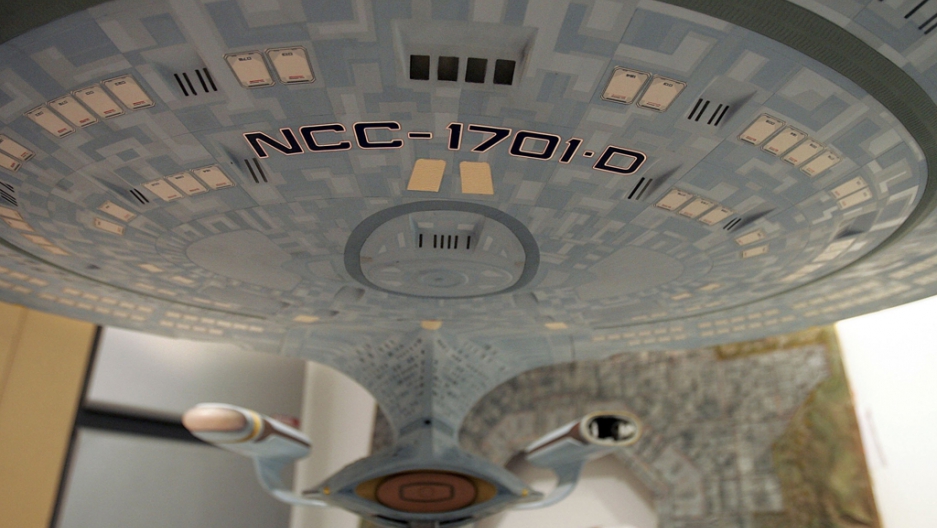 A model of the USS Enterprise NCC-1701-D is seen during a press preview of "40 Years of Star Trek: The Collection" at Christie's autction house September 29, 2006 in New York City.
Credit: Mario Tama
Share

Working with colleagues at the Institute of Scientific Instruments in the Czech Republic, a team of scientists from the University of St. Andrews in Scotland has created a “tractor beam,” a beam of light that’s able to attract objects, BBC News reported.

Until now, tractor beams have been the stuff of science fiction, providing plenty of plot twists in the Star Wars movies and Star Trek franchise.

Normally, when matter and light interact, a solid object is pushed by the light and carried away in a stream of photons.

The St. Andrews team was able to reverse the force, creating the first real life instance of a beam that’s able to draw objects towards light, SkyNews reported.

"The practical applications could be very great, very exciting,” Tomas Cizmar, research fellow in the School of Medicine at the University of St Andrews, said, according to BBC News. “The tractor beam is very selective in the properties of the particles it acts on, so you could pick up specific particles in a mixture. Eventually this could be used to separate white blood cells, for example."

But what about moving spacecraft?

The tractor beam the St. Andrews team built is much smaller than those seen on TV and film, and can only move microscopic particles, BBC News reported.

And, sorry Star Wars fans, the technique can’t be scaled up, Cizmar said, according to BBC News.

"Unfortunately there is a transfer of energy,” he said. “On a microscopic scale that is OK, but on a macro scale it would cause huge problems. It would result in a massive amount of heating of an object, like a space shuttle. So trapping a space ship is out of the question."

More from GlobalPost: Star Trek-style 'tricorder:' The latest medical challenge for a prize of $10 million