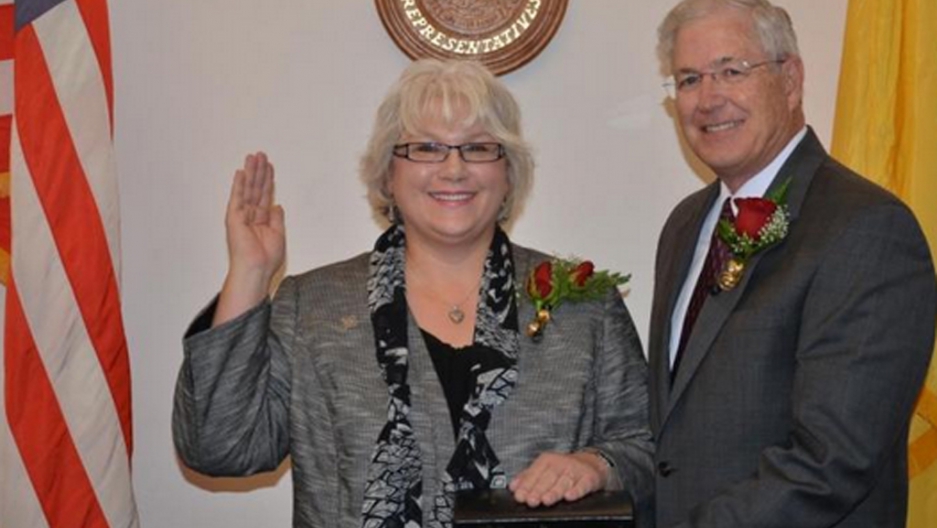 Cathrynn Brown, who introduced a bill in the New Mexico House calling abortion after rape "tampering with evidence," quickly announced the paragraph had been a drafter's error.
Credit: cathrynnbrown.com
Share

A bill in the New Mexico House caused uproar this week for a paragraph that says abortion after rape should be considered "tampering with evidence" - a felony.

Tampering with evidence shall include procuring or facilitating an abortion, or compelling or coercing another to obtain an abortion, of a fetus that is the result of criminal sexual penetration or incest with the intent to destroy evidence of the crime.

Salon pointed out that the sponsor of House Bill 206, Cathrynn N. Brown, has since added to the bill the phrase “...prohibiting prosecution of the mother of the fetus.”

CBS pointed out that the original bill would have opened up rape or incest victims to felony charges if they had an abortion.

Democrats in the New Mexico legislature were swift in their criticism.

Some said it was an example of the "war on women" that Democrats have accused Republicans of waging.

"I was shocked in reading it," Rep. Gail Chasey told KRQE, reported CBS.

"As an attorney I started looking at it and thought that's not how we gather evidence in a rape anyway, so it doesn't even make sense logically."

Brown later said that the wording was a mistake by the drafter that she did not pick up on when reviewing the bill.

Salon reported that she is an active member in pro-life organizations in the state.

The Washington Post pointed out that given the Democratic majority in the New Mexico House, the bill has little hope of passing even with the new phrase tacked on.