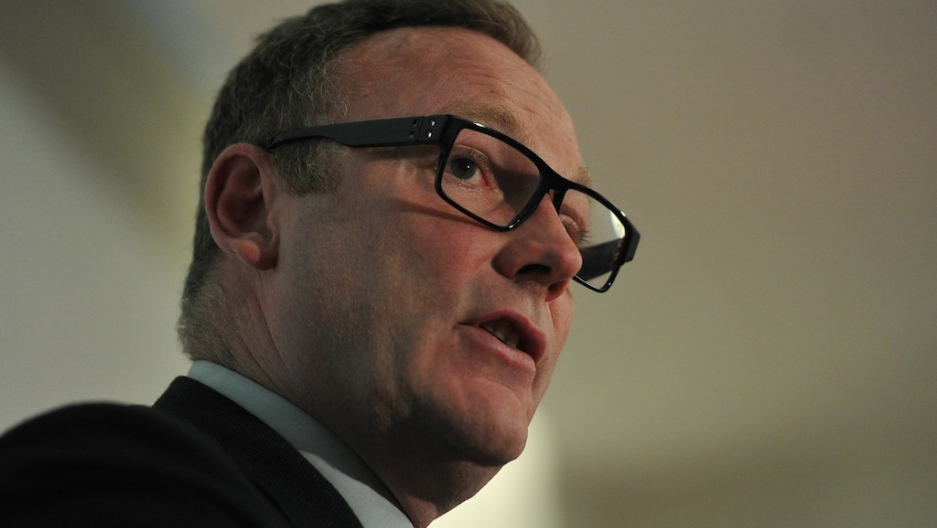 UN Special Rapporteur on counterterrorism and human rights, Ben Emmerson, launched an inquiry into the human rights implications of the use of drones and other forms of targeted killing in London on January 24, with the final report expected to presented at the UN General Assembly later this year.
Credit: CARL COURT
Share

The Office of the High Commissioner for Human Rights announced today that the United Nations will launch an investigation into the use of drones and their impact on civilian casualties.

At a press conference in London today, Ben Emmerson, the UN Special Rapporteur on human rights and counterterrorism, announced the probe and said it will focus on the US' programs in Afghanistan, Pakistan, Somalia and Yemen, as well as Israel's actions in Occupied Palestine.

"The exponential rise in the use of drone technology in a variety of military and non-military contexts represents a real challenge to the framework of established international law," Emmerson said during his announcement, reported the Associated Press.

Emmerson will focus on gathering evidence on 25 particular strikes concerning civilian casualties and critically examine the use of drones with a team of international experts, including a member of the US military who is serving in a "personal capacity," according to AntiWar.com.

The investigation will conclude with recommendations to the UN General Assembly on the framework of using drones in international law, as well as how independent nations can carry out their own investigations concerning the "lawfulness and proportionality" of drone strikes, according to a UN press release.

Chris Woods, a senior journalist with The Bureau of Investigative Journalism told Al Jazeera that "more than 400 US covert drone strikes have so far taken place in Pakistan, Yemen and Somalia which have killed at least 3,000 people."

Critics have long said that the US military's drone program is highly illegal, and this investigation could set up a precedent for how drones are used in combat in the future.

Although it will likely have a negative impact on US plans for counterterrorism, other countries that condone drone strikes, such as Yemen and Ecuador will probably rest easier.

Wired points out that "Afghanistan is the only declared and internationally recognized conflict zone in which the United States operates, and while the U.S. maintains its strikes outside Afghanistan are legal, that legal premise rests on a 2001 act of Congress that many other nations don’t recognize."

The OHCHR is ultimately looking to establish an internationally recognized set of rules for investigating drone strikes that result in civilian deaths and create a legal standard for their use, an idea it has apparently been mulling since a group of countries including Russia, China and Pakistan asked for an investigation, according to AntiWar.

The anti-drone community, then as now, begs the US to see it the same way.

"Virtually no other country agrees with the US’s claimed authority to secretly declare people enemies of the state and kill them and civilian bystanders far from any recognized battlefield. To date, there has been an abysmal lack of transparency and no accountability for the U.S. government’s ever-expanding targeted killing program,” said Hina Shamsi, director of the ACLU’s National Security Project, in a statement following the OHCHR's announcement of the probe.

For more of GlobalPost's reporting on drones, check out our Special Report "The Drone Age: Why we should fear the global proliferation of UAVs."