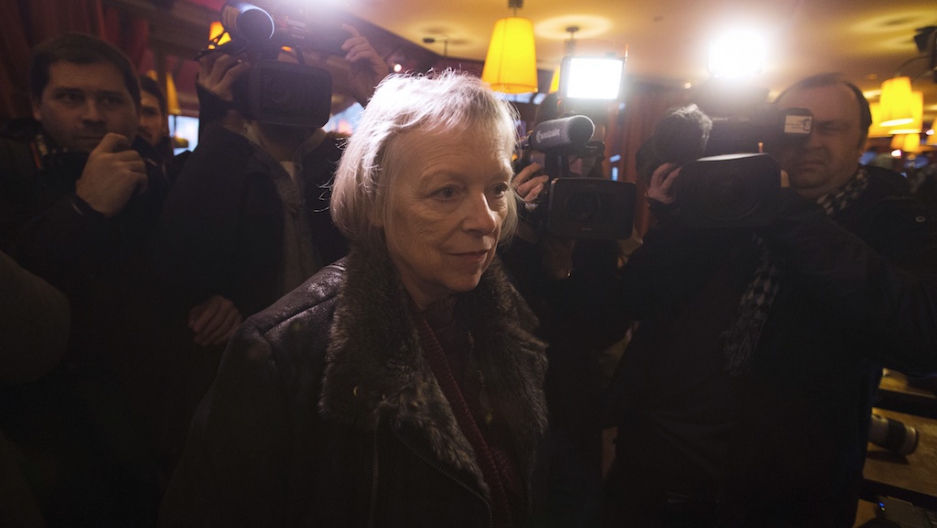 Charlotte Cassez, mother of Frenchwoman Florence Cassez who has been serving a 60-year jail sentence for kidnapping in Mexico, leaves a Paris cafe on January 23. Cassez's case has frayed relations between France and Mexico since she was arrested and jailed in 2005.
Share

A Mexican Supreme Court panel voted 3-2 for the immediate release of Cassez, citing irregularities during her arrest at a ranch near Mexico City in 2005, the Associated Press reported.

Cassez, 38, always claimed she was not involved in the kidnapping gang known as the Zodiacs, allegedly run by her ex-boyfriend Israel Vallarta, the Agence France-Presse reported.

A day after her arrest, Cassez was made to participate in a re-enactment of the police raid, which was aired on national television, Reuters reported.

Cassez was portrayed as one of the kidnappers.

Justice Arturo Zaldivar, a member of the Supreme Court panel, was quoted by the AP as saying that “if she had been turned over to court custody promptly, if she had been allowed prompt consular assistance, this (raid) staging couldn’t have taken place, and the whole affair would have been totally different.”