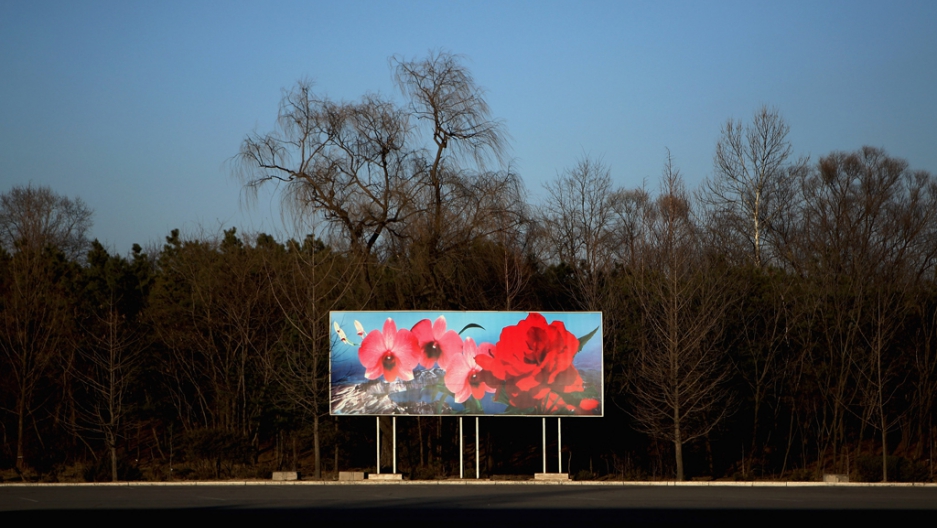 After dwelling secretly in China for a year, she escaped to South Korea and, to her relief, was able to live more freely, “without government approval needed for everything,” she said, taking a break in her busy office in western Seoul.

Ironically, the freedom of everyday life in Seoul became a bit much for Kim. “The choices, the consumerism was overwhelming,” she said. “Even ordering at Starbucks was difficult. I’d never had coffee in my life, and didn’t understand the names of the drinks.”

Finding a solution wasn’t difficult. “I married a lovely South Korean man,” she said. “It was the best way to join this society.”

Hong landed on the idea for the business in 2006, when a friend introduced him to a North Korean mate after a bitter divorce with his South Korean wife. Hong married the love of his life, he said, and then helped his single buddies link up with northern women.

Before long, he was flooded with referrals — and realized that Seoul was full of untapped customers eager to tie the knot with northern beauties.

Since then, Hong and his wife have matched more than 400 couples; they claim that only four of those marriages have ended in splits. South Korea has one of the highest divorce rates in the world, with 2.3 percent out of every 1,000 people terminating their nuptials in 2011, according to government statistics. Korea recorded 114,000 divorces in 2011.

So what’s the draw for the North Korean ladies?

“North Korean men want to be the king of the house,” says Kim, the wife. “Southern men grew up in a developed society, so they’re more respectful of gender equality.”

Plus, life with them beats the hell they’ve endured back home.

Last year, 1,508 North Korean refugees arrived in the south, bringing the total number seeking shelter in the country to 24,000 since the end of the Korean War, reveals a government tally.

More than 80 percent of defectors are women.

The escapees typically venture on a perilous crossing into China, bribing border guards and living secretly in the country for some time. They operate with the help of charities, activists, and even loan sharks luring them into indentured servitude.

But the risks are high in a country that doesn’t want to deal with defectors. China deports North Korean citizens on the justification that they’re “economic migrants” and not political refugees, sending them home where they live out a short prison sentence.

Other wanderers chart a path to Mongolia, Thailand and Vietnam, to name a few destinations. From there, they seek protection in South Korean embassies, which help them catch flights to Seoul.

Without a language barrier, the refugees who land in South Korea don’t have as much trouble adjusting to everyday life as much as the large contingents of Chinese and Indian migrants, said one defector who asked not to be named.

The challenges, rather, come from the lack of accredited training and skills that would be useful in a free-market society. Most defectors live in squalor, working as cleaners and factory workers — and they’re sometimes stereotyped as backward rednecks.

The South Korean Ministry of Unification, the government body that aids North Korean arrivals, offers stipends to every incoming family. It’s a scheme that smoothes integration with this fast-paced free-market country.

But Park Su-jin, deputy spokeswoman for the ministry, told GlobalPost she was not aware of any state program that assists North Koreans in meeting marriage partners.

South Korean men, too, see the allure of wedding a northerner. “A common complaint here is that southern women can have high standards,” Hong says. He recounted his own experiences trying to meet a partner after his divorce, but was rejected three times because he “wasn’t rich enough, and wasn’t a provider,” he claimed.

With men outnumbering women in a society that historically has favored male children, the ladies have an easier time taking their pick. The demographic imbalance means that South Korean men — usually from the female-starved countryside — seek out wives through matchmaking agencies in the Philippines and Vietnam.

Pairings between Korean men and Southeast Asian women are more common than marriages across the Demilitarized Zone (DMZ) near the border between North and South Korea.

But Korean talk shows and newspapers frequently raise hackles when the partnerships end in cultural misunderstandings and, at times, violence. Discrimination is also an issue, with mixed-race children bullied at school.

“Adjusting to life here is hard for outsiders,” Hong said. “That’s why more men want a North Korean girl nowadays, with all the difficulties in the interracial marriages.”

“For North Korean women, there aren’t huge problems learning the language and culture,” he adds. “We come from a common ancestry, the same blood, and that makes these marriages successful.”