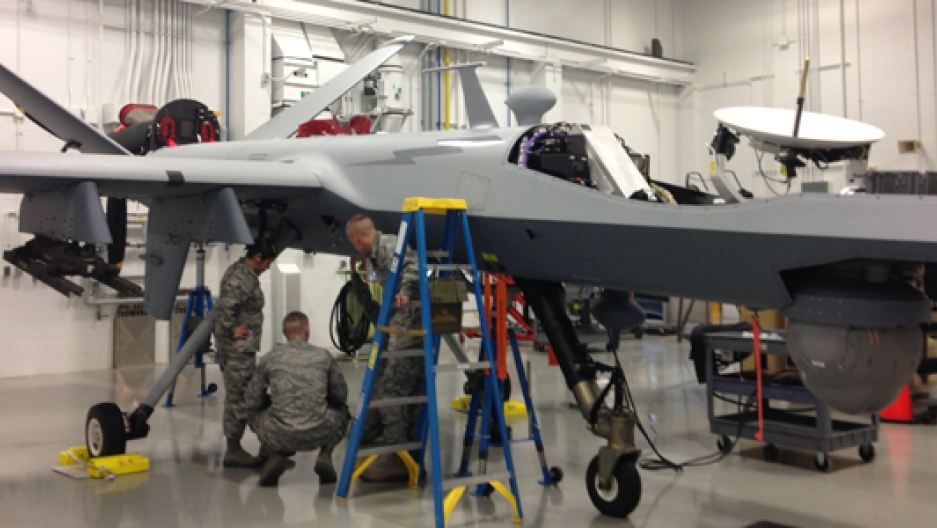 The MQ-9 Reaper in a maintenance bay. (Photo: David Sommerstein)

The drones that fly over Afghanistan are generally piloted by people sitting in the United States.

North Country Public Radio's David Sommerstein reports on the fuzzy line between military preparation and a creepy eye in the sky.