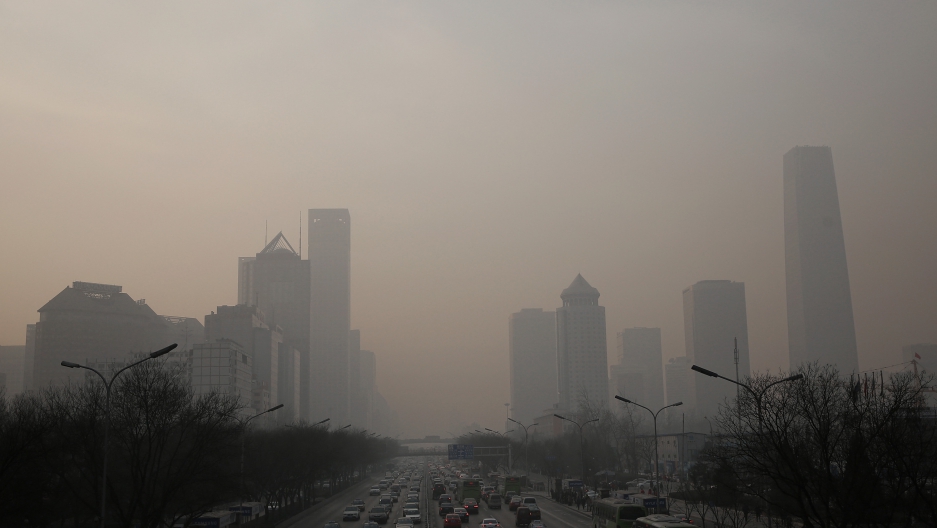 A top doctor in China said that the term "Beijing cough" is an insult to the Chinese capital.

Professor Pan Xiaochuan of Peking University’s School of Public Health said that the term was created by expats and was not an official medical condition.

“Before you can find clear evidence of this [causal link], using the term ‘Beijing cough’ is an extreme insult to Beijing,” Pan told the Economic Information Daily, reported the South China Morning Post.

He went on to say that one would eventually acclimatize to the pollution.

"It's pretty rich for the doctor to insinuate that people living in Beijing — and, more particularly, foreigners — are whiners and exaggerators for complaining about the air in previous weeks," reported GlobalPost's senior correspondent Benjamin Carlson.

"As any watcher of Chinese news knows, Beijing's air has been off the charts. Respiratory illnesses have already risen. Ordinary Chinese citizens have taken to wearing masks around Tiananmen Square," Carlson reported from Hong Kong, adding:

Even state-owned media like People's Daily are acknowledging 'Beijing cough' as something real, and dangerous.

It is estimated that Beijing currently has 40 times the smog level which World Health Organization deems as safe.

More from GlobalPost: Chinese singles turn to rented girlfriends and boyfriends for the New Year

Bloomberg reported that Beijing has taken extraordinary measures in recent weeks to reduce pollution. Factory shutdowns, bans on barbecuing and new limits on car exhaust were recently put in place.

CNN pointed out that the government has worked to shut down polluting factories, increased investment into clean energy and built more public transport.

China has struggled with pollution due to rising rate of cars on the roads, rapid industrialization and the use of coal power.