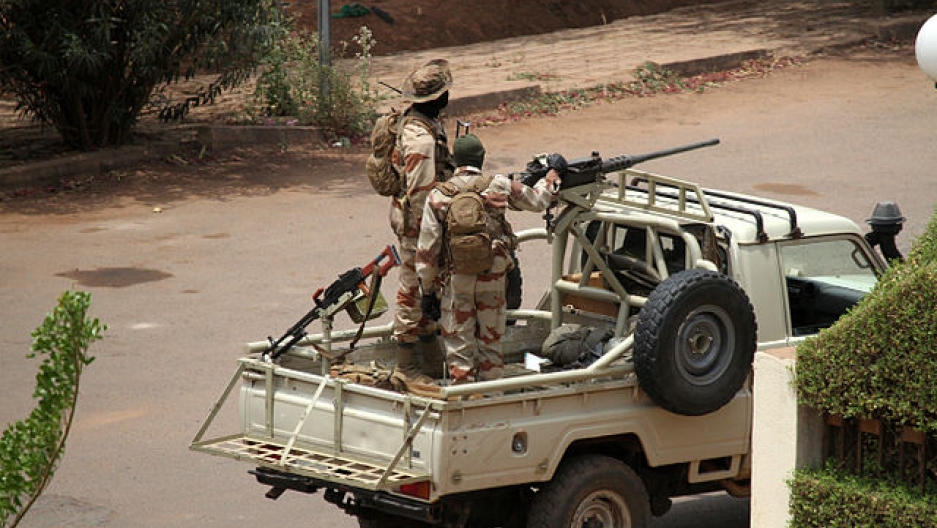 French troops and African troops will face many challenges ahead in trying to stop the militants in Mali. (Photo by Jemal Oumar via Wikimedia Commons).

The jihadists in the ongoing fight in northern Mali have struck outside their borders, taking hostages at a gas field in Algeria.

Militants stormed an oil field in Algeria, taking multiple hostages, including American and British citizens. Some of the hostages escaped, some remain under the control of militants even after an operation by the Algerian military and still more were believed to be killed in that rescue operation..

Earlier this week, France deployed troops to Mali to intervene in that country's civil war. But many are saying terrorism in North Africa, referred to as the Maghreb, is a major threat for neighboring countries.

J. Peter Pham, the director of the Michael S. Ansari Africa Center at the Atlantic Council, says al-Qaida in the Maghreb has gone through changes over the last decade, but will continue to be important for the global community to keep an eye on.

"It started out as an insurgency, trying to topple the government of Algeria and install an Islamic government and participate in the civil wars in Algeria in the 1990s, which tens of thousands of Algerians lost their lives,” he said. “But (al-Qaida) was relatively weakened, beginning of the 21st century and then listless while looking for a new ... lease on life."

The group became more of a criminal organization than a jihadist one, Pham said. In recent years, they’ve been acquiring millions of dollars through kidnappings, helping drug traffickers, and other smugglers.

While the group adopted the al-Qaida brand about six years ago, it continues to switch between the jihadist approach and moneymaking.

"After the Libyan conflict, the two sort of came back together. The money provided the ability to hire fighters to buy some of the weapon stockpiles that disappeared out of Libya,” he said. “That enabled them last year to seize control of three provinces of northern Mali, an area roughly the size of France or Texas."

France continues to send troops to intervene, attempting to stop the group from spreading. U.S. security officials and others didn’t predict the al-Qaida in the Maghreb would become the threat they are today.

"I think it was a failure to appreciate that it was a very dynamic situation, that things were changing very rapidly. And that's the problem when you use old intelligence and preconceived notions,” Pham said.

“Obviously it wasn't,” he said.

In December, two men in Alabama were arrested by the FBI and charged with conspiring to travel to northern Mali and join the al-Qaida in the Islamic Maghreb terrorists, Pham said. Beyond Maghreb’s geographical location, it houses growing economies and will continue to play a role in the world economy.