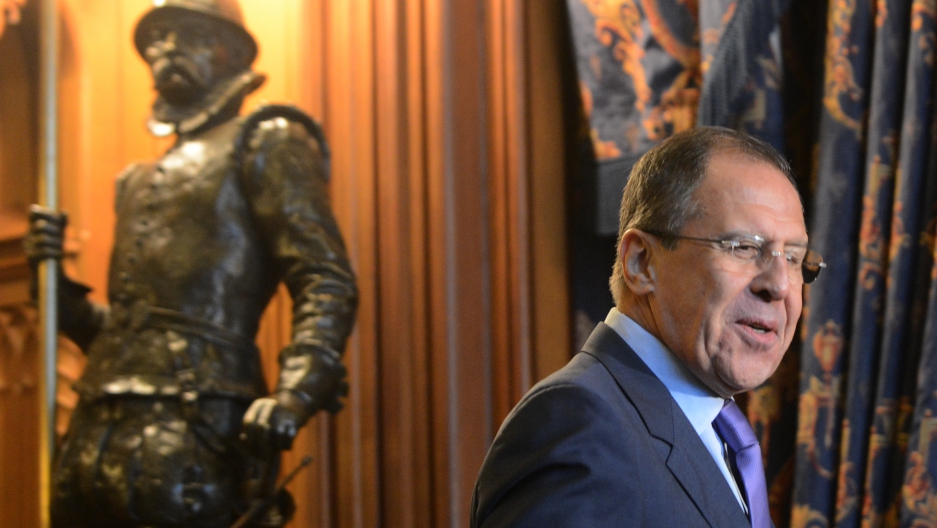 Syrian President Bashar al-Assad is residing on a Russian naval warship off the coast of Syria, according to unconfirmed reports.

Saudi Arabian daily al-Watan reportedly cited sources as saying that Assad had been joined by his family and senior advisers on a Russian-operated warship in the Mediterranean — effectively in asylum.

He was using a helicopter to travel back and forth between the vessel and meetings in his presidential palace, NDTV reported, citing al-Watan.

The Daily Mail wrote that Assad had made the move after losing confidence in his own security detail.

He also feared of advances by rebels on the capital.

Intelligence sources told al-Watan that Assad was being protected by Russia, which effectively amounted to political asylum.

There had been no official comment from Moscow, however.

According to al-Watan, the possibility that Assad was effectively in asylum on a Russian warship reinforced Russian Foreign Minister Sergei Lavrov’s remark on Sunday that the Syrian president’s removal from power is "impossible to implement."

Russia has endorsed a speech by Assad last week in which he offered to end the crisis by calling national elections and forming a new government.

Radio Free Europe Radio Liberty quoted Lavrov as declaring during a visit to the Ukraine:

"It is necessary to make everybody, including the opposition, which is still categorically denying any dialogue, to sit down at the negotiating table."

However, Russia experts had reportedly said the reports were most likely untrue.

Syria specialist Michael Weiss, a columnist with Middle East news website NOW Lebanon, wrote: "There’s no reason for [Assad] to be on a warship in the Mediterranean. He has to be in Damascus, because that’s where he’s running the whole war machine."