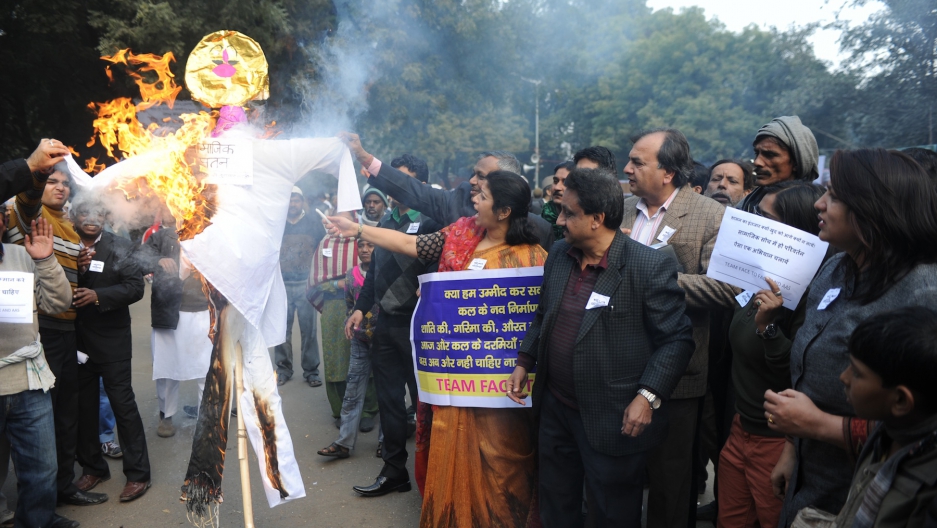 "Barring a few lapses, the Central and State governments acted promptly, and with commendable efficiency," Jha writes. "The Delhi police captured the alleged rapists within hours and the government spared no expense in its attempt to save her life."

So why were people so angry?

"The answer is that the rape acted as the trigger for an older, and deeper, anger in people — one that has been smouldering for years in their hearts. This stems from a profound sense of betrayal. Democracy was meant to empower them. Instead, in a way that few of them understand even today, it has done the exact opposite."

I'm not entirely convinced. But as I wrote in my article on the protests, it does seem clear that anger over violence against women dovetailed with disgust over corruption and the government's many failures in service delivery.

More importantly, Jha draws out some interesting observations in arguing his point.

(1) Indians aren't mad about bribery, they're mad about extortion

Every Indian worth his salt has paid a bribe to get preferential treatment. But extortion isn't voluntary.

"It requires no contract; no negotiation; and therefore no element of consent. It is a simple exercise of brute power by an employee or representative of the state over the citizen. Its commonest form is to deny the citizen the services to which he is entitled until he agrees to make a ‘private’ payment to the functionary in whom the power of the state is vested. Every act of extortion is a fresh reminder to the citizen of his or her impotence. This becomes complete if he or she is denied redress for the abuse of power."

"One set of figures illustrates the impunity with which civil servants can break the law. According to the National Crime Records Bureau’s annual report Crime in India 2007, between 2003 and 2007 citizens filed 282, 384 complaints of human rights abuses against the police. Of these only 79,000 were investigated; only 1,070 policemen were brought to trial and only 264 — less than one in a thousand — were convicted."

(3) The broken campaign financing system is to blame

"Two sets of predatory networks have developed to finance, or otherwise influence, elections. The first is of criminals who provide the muscle to intimidate voters; the second is of local money-bags and power-brokers who rally support for candidates belonging to one or the other party in exchange for favours when it comes to power."

"As these have become more entrenched, they have virtually eliminated intra-party democracy at the grass roots and progressively reduced the number of constituencies in which State and Central party leaders can bring in fresh candidates chosen on the basis of merit. In the current Parliament, for instance, at the last count 159 MPs had criminal charges pending against them. Another 156 are second generation ‘princelings’ whose parents established the clientelist networks that now serve them. The State Assemblies are even more closed to new aspirants: 44 per cent of the MLAs in Bihar, 35 per cent in West Bengal and 30 per cent in Gujarat face criminal charges. The proportion of ‘pocket boroughs’ is also higher in the States than at the Centre."

(4) If the people lose faith in democracy, a coup or revolution may follow

"In earlier decades, people’s anger was held in check by their faith in the democratic system. They therefore gave vent to their demand for accountability in the state by turning out to vote in ever larger numbers and regularly overthrowing incumbent governments. Only in recent years has it begun to dawn on them that democracy has become a part of the problem and cannot therefore be part of the solution. The protest is therefore moving closer to the borders of revolt. This has been apparent in the Maoist uprising that began in 2005, and has driven the state out of large parts of 83 districts in the country."