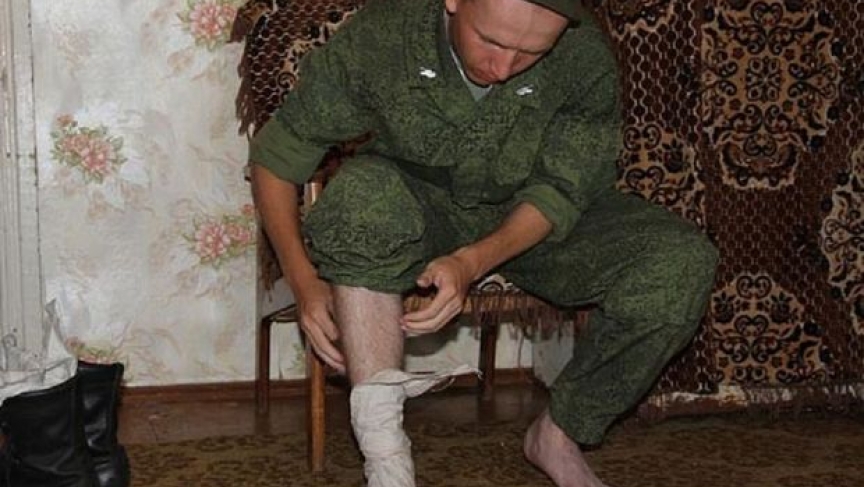 A Russian soldier puts on his 'portyanki', 2012 (Photo: WikiCommons)

Socks have been standard issue in the Russian army since 2007, but it appears most Russian units prefer that their soldiers use traditional foot-cloths, known as 'portyanki.'

Some in Russia see the foot-cloths as shamefully old-fashioned.

But the cloths are an ancient tradition, providing continuity to the pre-Soviet army of the old Russian empire.

Many veterans say they prefer them to socks, being more comfortable with tall boots.

Portyanki also dry faster than socks when wet, according to their aficionados.

But many conscripts dislike them.

"If you don't tie them properly they can bunch up and give you horrible blisters," says Svetlana Savranskaya.

Savranskaya is director of Russian programs at the National Security Archive at George Washington University.

"I was surprised how the portyanki issue has become almost a litmus test for your political opinions in Russia," she adds.

"Most of the liberal sites on the Russian internet are strongly in favor of the decision, saying it's uncivilized," says Savranskaya, "At the same time, the more conservative sites, more Russian patriot sites, all spoke in favor of portyanki, saying they're part of Russian military traditions."