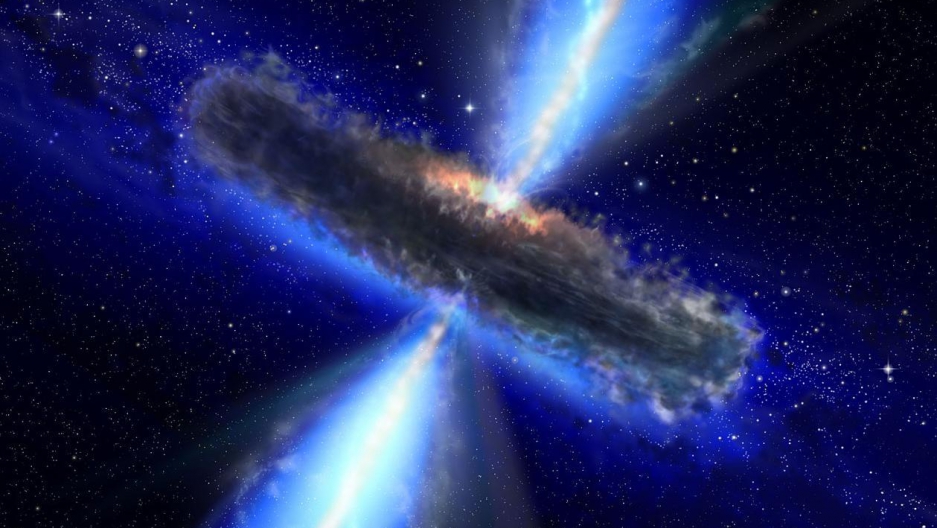 Scientists have spotted the largest known structure in the universe, Space.com reported.

It’s a group of 73 quasars that stretches 1.6 billion light-years in most directions.

(Quasars are the cores of galaxies, according to Popular Science.)

An international team lead by astronomer Roger Clowes of the University of Central Lancashire in England discovered the object, which is described in a study published today in the Monthly Notices of the Royal Astronomical Society, according to Space.com.

At its widest point, it would take a spacecraft traveling at the speed of light 4 billion years to cross this large quasar group (also known as a LQG), the scientists said, according to Discovery News.

To put that mind-boggling size into perspective, the disk of the Milky Way galaxy — home of Earth's solar system — is about 100,000 light-years wide.

“This is hugely exciting, not least because it runs counter to our current understanding of the scale of the universe,” Clowes said in a statement, according to Discovery News.

The LQG is so big that it challenges a fundamental principle of cosmology, which assumes that, when viewed on a large enough scale, the universe looks the same to all observers, Popular Science reported.

That principle suggests that structures in the universe can’t be larger than 1.2 billion light-years, Space.com reported.

More from GlobalPost: Quasar blast is the largest ever recorded by astronomers