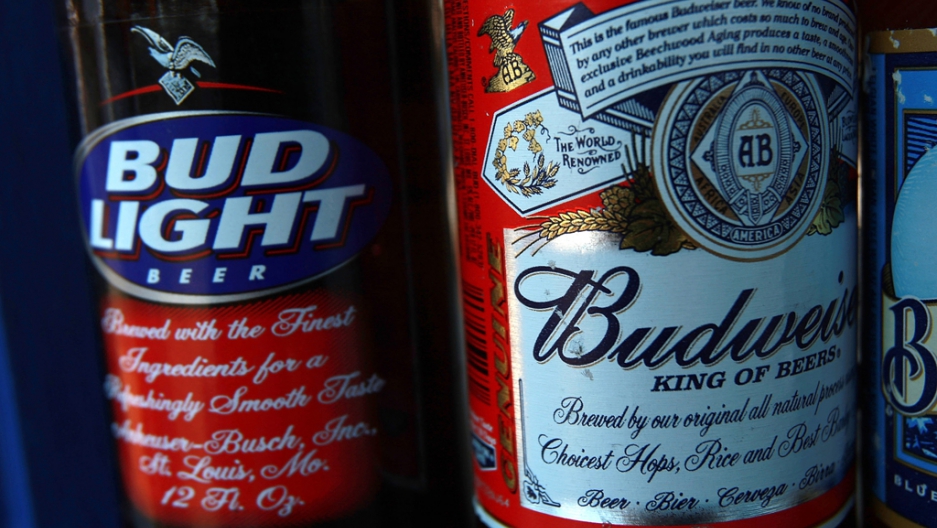 Budweiser Black Crown will make its national television debut in a spot fit for a king.

The new Budweiser brand extension from Anheuser-Busch InBev will be appearing in the highly coveted "A1" spot in Super Bowl XLVII on Sunday, Feb. 3, making it the first commercial to air following kickoff.

The first commercial viewers will see is "Coronation," a 30-second spot for Budweiser Black Crown directed by Samuel Bayer of Serial Pictures, who also directed Chrysler's Emmy-winning "Born of Fire" ad for the 2011 Super Bowl. The prime "A1" placement is a spot Anheuser-Busch has held since 1987.

"It's unique in that you never really have an event where the consumers are tuning in to watch the commercials," said Paul Chibe, vice president of US marketing at Anheuser-Busch InBev. "People are watching and waiting and anticipating the new (ads) that are coming on air. To use that position for a new launch gives us the opportunity to take that moment and have them become instantly aware of our new product, our new brand."

Budweiser Black Crown will reappear later in the game with another thirty-second spot called "Celebration."

When it comes to this year's offerings from Anheuser-Busch InBev consumers can expect a mix of both new and traditional brands with a dose of sentiment and sophistication mixed in. The company will be debuting six ads for a total of four minutes and 30 seconds of airtime.

The sentimental spot is called "Brotherhood" and features the iconic Budweiser Clydesdales. Viewers will be given a look into the Clydesdales' early years in a 60-second ad that chronicles the bond a Clydesdale foal shares with his trainer.

"It will be one that makes people smile, maybe put a little bit of a tear in their eye, it's a very emotionally evocative spot. It's a great piece and a nod to the tradition of the Clydesdales," Chibe said.

Viewers can also expect two new 60-second ads for Bud Light, the official beer sponsor of the NFL. The ads, titled "Journey" and "Lucky Chair," will continue the "Superstitious" theme the brand has used during the NFL regular season. The campaign plays off the traditions and rituals fans use to "help" their team win. For Chibe, the ads work because fans can see a little bit of themselves in them.

"There is a human truth to it. It's what people do. People can laugh and enjoy the moment because they all know things they do themselves or that other people do that adds to their engagement of NFL football," he continued.

While long-time ad watchers love to see what ads the established brands roll out, the Super Bowl has become a key piece of Anheuser-Busch InBev's strategy in introducing new products.

Chibe attributed last year's Super Bowl debut of Bud Light Platinum with setting the brand on a course to becoming the most successful beer launch of 2012. Platinum sold nearly 14 million cases last year and captured a one percent market share.

"It was extremely critical because we were able to achieve our objectives much more quickly than we had planned. (With) over 100 million viewers it gives you an instant shot of awareness," Chibe said.

In the shadow of last year's success with Bud Light Platinum, Budweiser Black Crown now steps into the prime-time spotlight. But it won't be the only new Anheuser-Busch InBev brand making its debut. The company will also have a spot for another recent brand extension, Beck's Sapphire, which is named after the German saphir hops used in the brewing process.

Beck's Sapphire is packaged in a sleek all black bottle which the company spent two years perfecting. The 30-second ad, titled "Serenade," involves "a surprise admirer that is mesmerized by (the bottle's) beauty." Chibe says the goal is to express the luxury of the Beck's brand but in a surprising and different way.

"What you'll see is something completely different than anything you've ever seen" he says. "Because the sapphire gem is a rare jewel we decided to think about how a luxury jeweler would market the brand. So it will be a very sophisticated but very different approach than one might expect from a beer."

A new factor Anheuser-Busch InBev must contend with that didn't exist even a few short years ago: social media. No longer will it have to wait until the next morning for newspaper reviews to see which spots resonated. Fan engagement is out in the open on Facebook and Twitter, so now it's a big part of the Super Bowl activation.

"If you've made an investment in the Super Bowl, you can't ignore the opportunities you have to amplify it in social media before, during and after the telecast," Chibe said. "Facebook and Twitter provide you with an amazing amount of rich information about how people perceive the work you're putting on air."

And the buzz didn't stop when the game ended, with additional metrics showing the Bud Light Platinum brand being mentioned over 130,000 times in social media and #MakeItPlatinum used over 50,000 times over the course of the next year.

Though technology may cause adjustments to the way Anheuser-Busch InBev approaches consumer engagement, Super Bowl brand promotion still comes back to one simple truth: the natural connection between beer and football.

"The Super Bowl is the ultimate beer occasion," Chibe said. "You're getting together with friends, you're enjoying the game. Watching football is one of the most important beer drinking occasions. So to be linked with the (game) that is the icon of beer consumption occasions is something that we are proud of."

CNBC: Ex-NBA star mayor moves Detroit away from its 'cliff'

CNBC: 25 of the most outrageous interview questions

CNBC: The college tuition bubble may be bursting...um, yay?