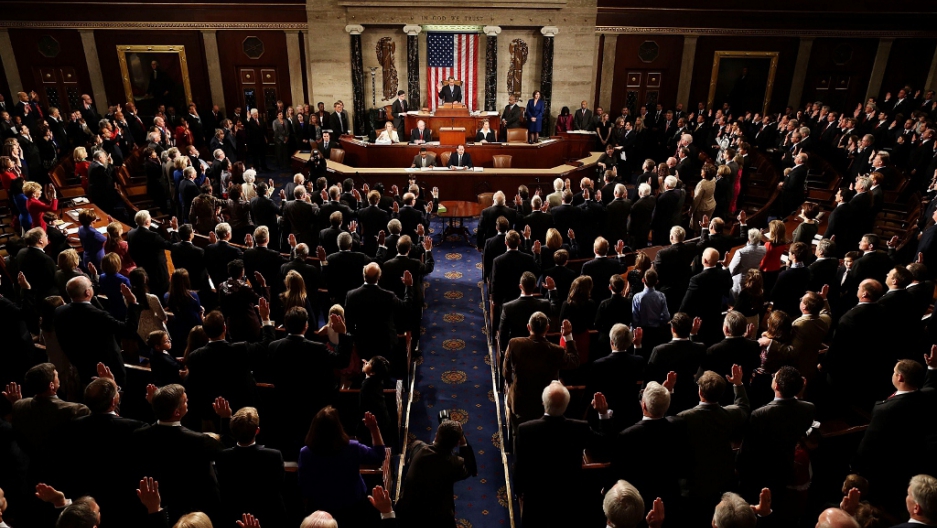 The 113th Congress is sworn in Jan. 3, 2013 in Washington, D.C. As polarization increases, the debt ceiling, sequestration, and the 2013 budget will become increasingly difficult to handle.
Credit: Mark Wilson
Share

We're all aware that the 112th Congress' stubbornness and remarkable ability to stall are winning it few admirers — but a recent  Public Policy Polling survey found that Congress is even less beloved than one might expect.

PPP surveyed 830 voters from Jan. 3 to Jan. 6, and uncovered all manner of interesting information, including the revelation that a healthy 56 percent of those surveyed preferred root canals to Congress.

Head lice did even better: 67 percent said that given the choice, they'd take biting scalp parasites over their noble elected representatives.

58 percent also favored the dreaded colonoscopy over Congress, perhaps reasoning that at least colonoscopies are generally efficient and experienced while under the influence of anesthetic.

You could call all of this a minor PR problem for the US government.

Indeed, the 112th Congress holds a remarkably horrid 9 percent approval rating from the general public, and as Public Policy Polling's study amply illustrates, now ranks among the more openly reviled institutions in the nation. (Even more so than France; and Americans hate France.)

Prospects aren't exactly great for the future popularity of the shiny new 113th Congress, sworn in on Jan. 3, which has immediately been tasked with the ever-more-contentious fiscal cliff issue.