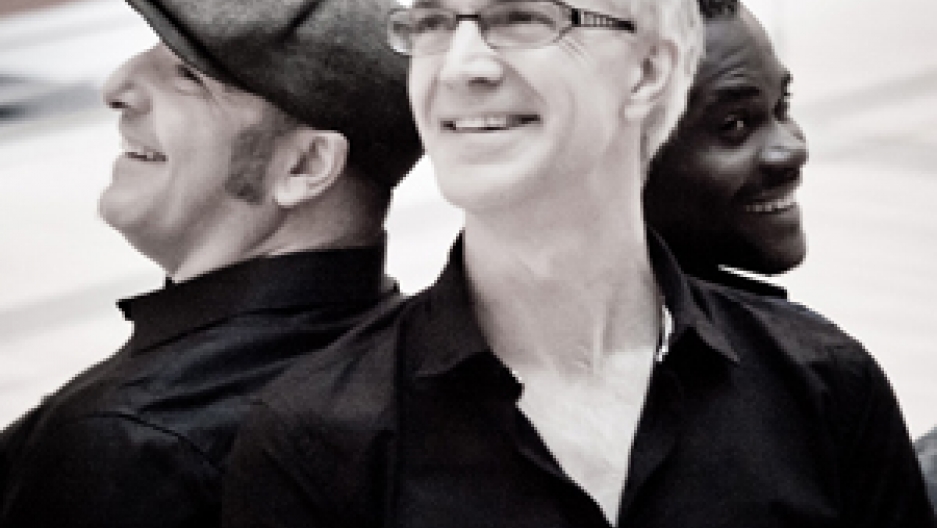 Share
The Africolor music festival, hosted each winter by the largely immigrant suburbs of Paris, is taking place since 1989. This year the highlight of the festival was World Kora Trio. It is a musical group with Frenchman Jean-Luc DI Fraya, Malian Cherif Soumano and American Eric Longsworth, who together give a modern and funky vibe to traditional instruments. Longsworth plays the cello. He started playing the traditional cello as a kid in the US. "At a certain point I realized I really needed to be amplified. I found an electric cello that sounds really good and I've been playing that for the last 30 years," he said. Eventually, he started getting noticed across the Atlantic. "I wanted to take a break, and at the same time I was getting more and more invitations to play in France. The idea was to come to France for a year. And that was ten years ago," he said. Now he's part of the World Kora Trio, though Chérif Soumano, of Mali, is the only member who actually plays the kora — the traditional, West African calabash harp. Longsworth and Soumano met two years ago, in what was almost a very public, high-stakes blind date at a music festival in Rochefort, France. "The director of the festival suggested even before we had met that we open the festival by playing together in the opening show. And so as soon as we got there, we sat down and started just playing together to see what would happen and just really hit it off. In a sense we experienced the same kind of frustrations growing up as young musicians and wanting to play other music than what we were supposed to be playing, and I think that that's what makes it possible for us to connect," Longsworth said. The duo became a trio with the addition of Jean-Luc Di Fraya, of Marseille, on percussion. "Jean-Luc is someone I had admired from afar, for many years, and I just really wanted to play with him, and this project with Cherif seemed like exactly the right moment. Very quickly I called Jean-Luc and said, hey, jump on board," Longsworth said. Jean-Luc plays a variety of drums such as the djembe, (Tahoka) and the Afro-Peruvian caja — a wooden box that the drummer sits on, an instrument he picked for his performance for Africolor. He also does vocals. He tends to sing more sounds than words, but one exception is the song Korazon, also the name of the band's new album. It's a play on words: Spanish for heart and for the sound of the kora — Kora Son.