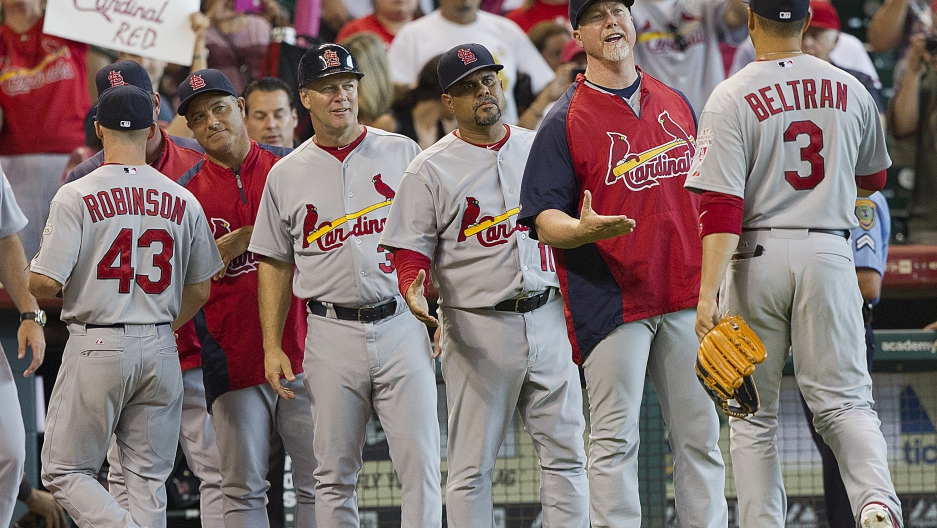 Hitting coach Mark McGwire extends his hand to Carlos Beltran #3 after the final out on May 6, 2012 at Minute Maid Park in Houston, Texas.
Credit: Bob Levey
Share

For the first time in history, the Baseball Hall of Fame has chosen to not induct any new members.

ESPN noted that some of baseball's recent superstars, including Barry Bonds, Roger Clemens and Sammy Sosa, were all shut out of the hall of fame over their suspected steroid-riddled pasts.

In order to be inducted into the hall of fame, a player must receive a thumbs up from more than 75 percent of the ballots. None of the above mentioned players even came close.

This year, Mark McGwire received his lowest percentage score in the seven years he has appeared on the hall of fame ballot, coming in at just 16.9 percent.

The only player to who came close was Craig Biggio, who according to the LA Times, received 68 percent. Apparently Biggio's 3,060 career hits just weren't enough.

But just because these players didn't make the hall of fame this year doesn't mean they are out of the running forever. Any player who receives at least 5 percent is eligible to be on the ballot next year.