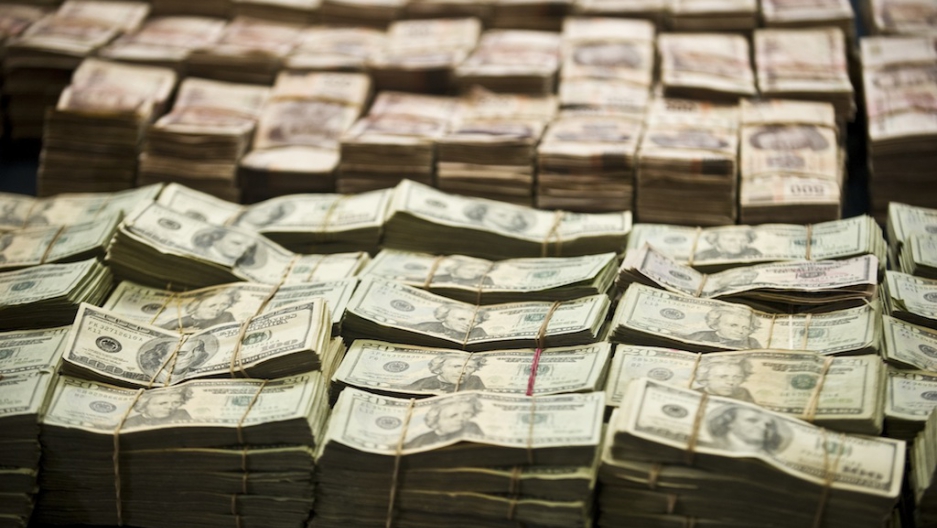 Seized cash like the dollars and Mexican pesos pictured here is nothing compared to the multi-billion dollar empire of the Sinaloa cartel, which laundered its money through HSBC. The US has decided not to prosecute the bank, despite its business with drug cartels and other criminal operations.
Credit: Ronaldo Schemidt
Share

If your paycheck seemed a little lighter in the new year, it isn't just your imagination.

While Congress may have averted the fiscal cliff, one of the tax holidays they allowed to expire was a lower payroll tax rate.

No matter how much you make, you will see a small cut in your paycheck in the new year.

"That tax is going to hit everybody’s paycheck this week. That’s going to have an immediate impact on disposable income," James P. Angelini, associate professor of taxation and accounting at Suffolk University in Boston, told The Globe.

The nonpartisan Tax Policy Center estimated that 77 percent of Americans will see higher taxes due to the payroll rate increase, which translates to $115 billion less in disposable income, according to The Los Angeles Times.

Joe Rosenberg, a research associate at the Tax Policy Center, said, "This was always meant as a temporary provision to stimulate the economy when it was weak," according to The LA Times. "There was very little political support to see it continue."

The people on social media may feel differently...

[View the story "#WhyIsMyPaycheckLessThisWeek has people vent their anger" on Storify]