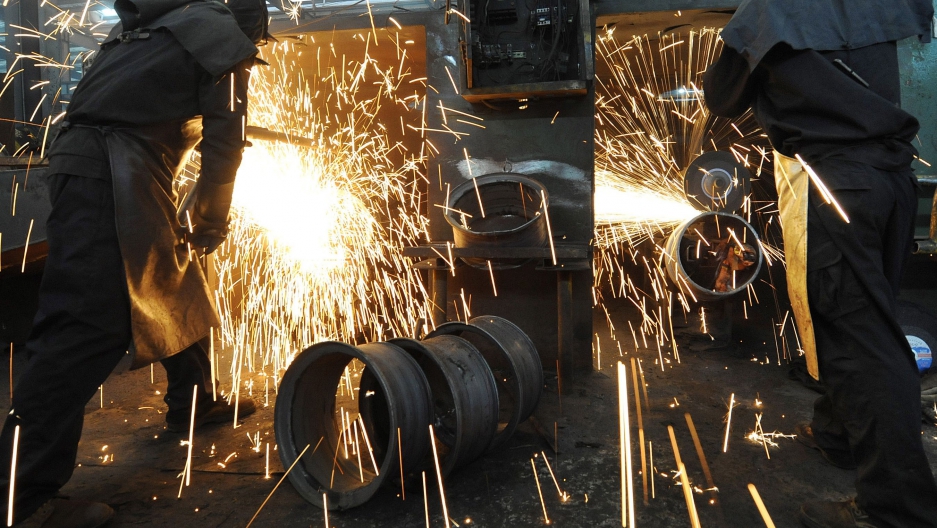 The strong job growth figures will enable President Barack Obama to strengthen his case to voters that his policies are working, particularly as the unemployment rate has been dropping steadily over the past six months, remains at its lowest in three years and is well below the level of much of last year.
Credit: STR
Share

Even with the prospect of hurtling off the "fiscal cliff," the US job market made slight gains in December.

According to the December US jobs report, the US economy added 155,000 jobs in the final month of 2012, above earlier predictions and slightly above the 2012 monthly average of 153,000 new jobs per month.

According to the Bureau of Labor and Statistics, the unemployment rates rose slightly for adult women, edging up to 7.3 percent while, "the rates for adult men (7.2 percent), teenagers (23.5 percent), whites (6.9 percent), and Hispanics (9.6 percent) showed little or no change."

In addition to the bureau's job report, payroll provider ADP released its own private sector survey report Thursday that showed businesses added 215,000 jobs in December, the most in 10 months and much higher than November's total of 148,000, according to CBS.

According to the Associated Press, the construction industry added 30,000 new jobs in December, likely fueled by rebuilding projects in New York and New Jersey following superstorm Sandy. In addition to the construction jobs, manufacturing added 25,000 jobs, the highest gains in that sector in nine months.