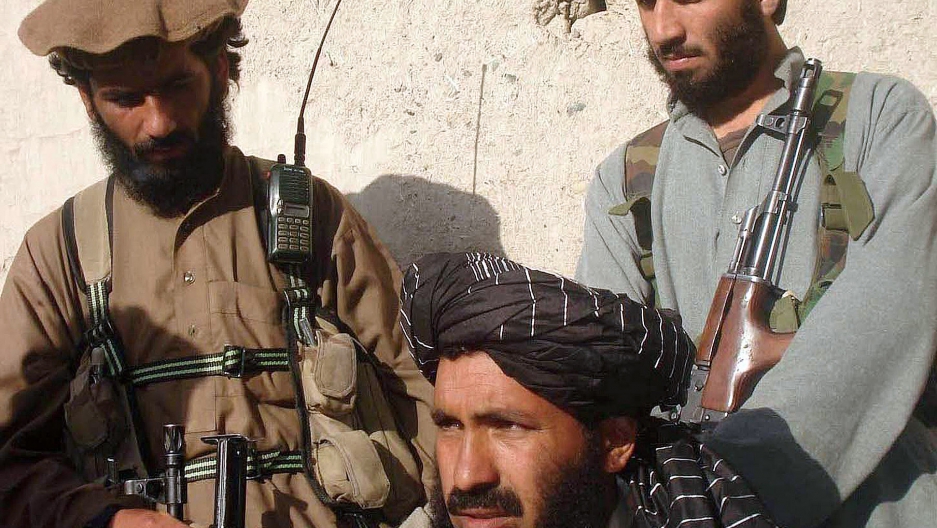 In this photograph taken on April 20, 2007, Pakistani warlord Mullah Nazir (C) talks to media representatives during a press conference in Wana, the main town in South Waziristan tribal district.
Share

US drone attacks in Pakistan have killed as many as 15 people, including a top pro-Islamabad Taliban warlord with links to Al Qaeda.

The first, targeting 11 suspected militants in the South Waziristan tribal area, killed a Taliban commander known as Maulvi Nazir along with 10 others.

The Associated Press confirmed the attack in South Waziristan, which is northwest Pakistan near the Afghan border.

It added that the death of Nazir could "prove to be a contentious issue between Washington and Islamabad."

Drone attacks have been repeatedly condemned by Pakistan as violation of its sovereignty, which insists that most of the victims are civilians, including women and children.

However, Nazir is believed to have struck a peace deal with Pakistan's leadership under which he would not conduct militant operations on Pakistani soil.

However, while Pakistan's military viewed militants commanded by Nazir as "key to keeping the peace internally because they do not attack Pakistani targets," the AP wrote, the US regarded him as an enemy who focused attacks on US forces in Afghanistan.

The Indian Express, meantime, described the "pro-government" Nazir as being influential in the Waziri tribe, which had been linked to the Al Qaeda-linked Haqqani network.

The paper quoted a senior Pakistani intelligence officer as saying: "He has been killed. It is confirmed. The vehicle he was traveling in was hit."

Two of his influential deputies Atta Ullah and Rafey Khan were among those killed, the official added.