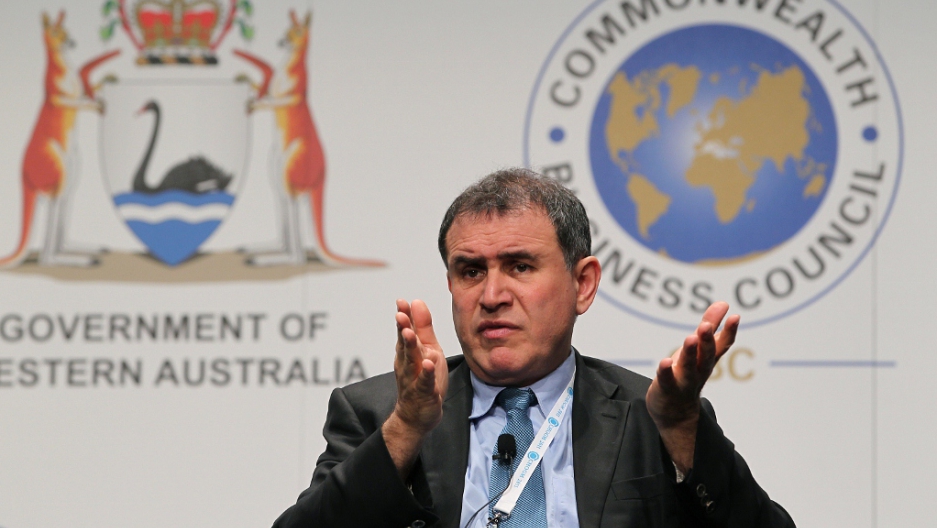 The eleventh hour deal reached to avert the fiscal cliff in the US merely masks the bleak long-term outlook for the country, Nouriel Roubini said in an opinion piece published in the Financial Times newspaper on Thursday.

Roubini, who is chairman of Roubini Global Economics and has been dubbed "Dr Doom" for his gloomy economic forecasts, said in the piece that the deal manages to stave off the debt issue temporarily rather than resolve it while another serious battle over raising the debt ceiling looms.

(More from CNBC: Key Points in Bill Passed by Congress to Avert US 'Fiscal Cliff')

At the end of February, the US government will reach its debt limit and an agreement is needed between Republicans and Democrats for an increase to the debt ceiling.

Roubini said in the article: "It won't be long before there is another crisis. Two months, in fact."

"That is only the beginning later in 2013 a bigger debate on medium-term fiscal consolidation will begin."

He added that "a big fight about entitlements should be expected as well as a series of little fights over tax reforms" and the whole process will likely "soon get messy."

The sticking point is likely to be intended tax rises. Roubini says President Barack Obama will argue that the New Year's Day deal raises only a small amount and that there is room for further tax rises, for the wealthy at least. On the other hand, Republicans will argue that spending should be radically cut.

In the piece, Roubini said the fiscal adjustment would translate as a drag on the economy during the year, warning "the US could quite easily come perilously close to stall speed this year" or worse if the euro zone begins to unravel once again.

He goes further to argue the longer term is likely to be much worse than any short term woes.

"Neither Democrats nor Republicans recognize that maintaining a basic welfare state… implies higher taxes for the middle class as well as for the rich," Roubini writes.

He goes on to argue that President Obama has scored a "pyrrhic victory" and is being helped by the financial markets.

"It will probably take years for the US to confront the reality of its fiscal position … Large fiscal deficits will remain the norm for the next few years at least as long as the bond market remains quiet, as I believe it will," Roubini said.

He said that the appearance of bond vigilantes was inevitable but eventually they would "wake up."

"The 'mini deal' on the fiscal cliff dodged all the important questions. By not including the spending cuts in the deal, the Democrats have emboldened Republicans. It is again up to Washington's policy makers to fix the problem before the market does it for them," he wrote, warning that this would not happen "with any ease."