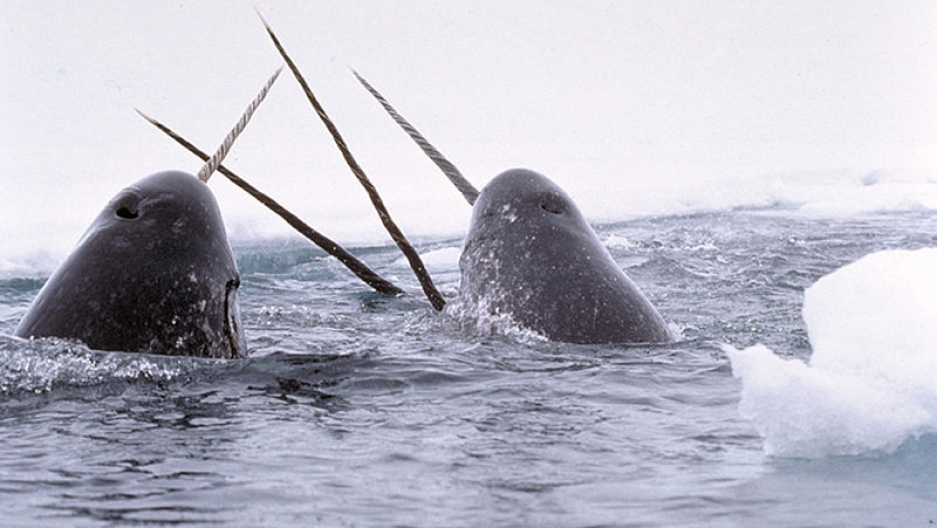 An illegal narwhal smuggling ring has been busted by US and Canadian officials in Maine, reported the Associated Press, ending a wildlife trafficking operation that had lasted for a decade.

Two Canadian accomplices smuggled the ivory, which was purchased legally in Canada, into Bangor, Maine inside of a secret trailer compartment, and then shipped them to American agents via FedEx, who sold them to buyers for thousands of dollars each, said the AP.

The National Post reports that the two Americans indicted in the case could face fines upwards of $250,000, and 20 years in prison.

Narwhals are listed as "near threatened" by the International Union for Conservation of Nature, and as animals of "Special Concern" by the Canadian government.

It has been illegal to import narwhal ivory into the US since 1972, when the species was first protected, although it is possible to buy ivory imported before the ban online.

Read more from GlobalPost: The fate of Canada's unicorns of the sea

Narwhals are more than a slightly ridiculous internet meme; they're some of the most majestic animal residents of the Arctic's frozen, mysterious seas.

They are best known for their massive ivory tusks, which can measure upwards of 8 feet long — and which caused these close relatives of the beluga whale to be mistaken for unicorns by early explorers.

Narwhals live in family pods and survive on a diet of other ocean creatures, says National Geographic, and were traditionally hunted by the Inuit for their meat and their curious facial adornment.

Only the males grow long ivory tusks — the purpose of which is still unknown to scientists, although some speculate they are used in mating rituals, and in fights with other narwhals.

Here's a website devoted entirely to the narwhal tusk mystery. You can even track the movements of Canadian narwhals online, thanks to a project spearheaded by the World Wildlife Fund.

Below, you may view video primer on narwhals by National Geographic, known world authorities on such matters.