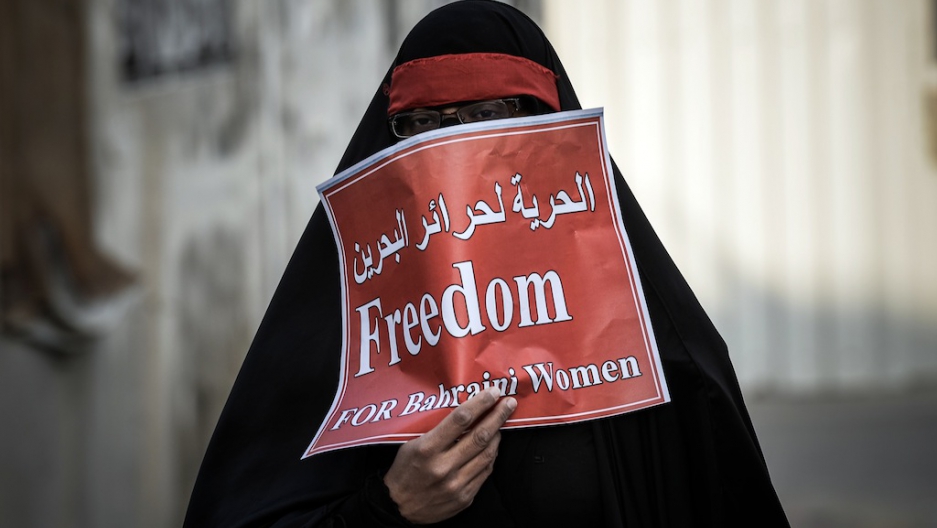 A Bahraini woman takes part in an anti-government protest in solidarity with jailed Bahraini women in the village of Mahaza, in Sitra, south of Manama on December 27, 2012. Arbitrary arrests and torture continue in Bahrain, but the UN Special Rapporteur on Torture has cancelled his trip to the country.
Credit: MOHAMMED AL-SHAIKH
Share

As pro-democracy protests continue in Bahrain, and allegations of torture, abuse and extrajudicial detentions continue to surface, the United Nations Special Rapporteur on Torture has postponed his visit to Bahrain announced state media today citing "scheduling conflicts" as the reason for the delay.

Bahrain's uprising, one of the last lingering flames of the explosion of the Arab Spring, has continued since 2011. The government has repeatedly cracked down on protesters, tortured medical personnel, and imprisoned activists for tweeting anti-regime messages since protests began over a year ago.

Amnesty International announced that over 1,000 people were arrested in connection with protests via their annual report on the state of the world's human rights, and that there were significant allegations of torture throughout the past year.

The United Nations completed a human rights investigation into Bahrain in September, part of the UN Human Rights Council's Universal Periodic Review (UPR), a process through which each member country is examined every four years and offered recommendations for improving its human rights. A second rights investigation from the Bahraini government, the Bahrain Independent Commission of Inquiry (BICI), dealt specifically with abuses allegedly committed during the past year's protest movement.

State media said Bahrain's human rights minister Salal Ali, "confirmed that the Government of Bahrain has nothing to hide from UN officials, and the numerous visits to the Kingdom by delegations from the UN, prestigious human rights organisations and parliaments have proven its transparency in dealing with the issue, adding that His Majesty the King's pioneering Reform Project has paved the way for the open-door policy, consultation and constant interaction with all relevant sides in order to develop human rights practices in the country and correct the fallacious, incoherent and misleading information disseminated by biased media outlets."

The government claims it is cooperating with the suggestions from the UPR, but Human Rights Watch reports there has been very little movement, and with the news that the Torture Rapporteur will once again not be able to make it to Bahrain (his last attempted trip was cancelled by the regime in March), questions about the situation on the ground are looming.

"[The BICI] confirmed that many detainees had been tortured by security officials who believed they could act with impunity; that police and other security forces had repeatedly used excessive force against protesters, resulting in unlawful killings," said Amnesty's report.

Despite the capital's apparent calm in recent weeks, the result of a security lock-down, the suburbs of Manama are still teeming with dissent.

"Protests erupt frequently, walls are painted with graffiti calling for the downfall of the al-Khalifas and roads are blocked by trees used by residents as barricades to prevent security raids. Opposition politicians say one village was stormed by police more than 300 times in just over a month, with some houses raided several times the same night," reported the Financial Times.

In mid-December, news broke that a prominent activist was actually killed after being tortured with electric shocks and thrown into the sea to drown, and didn't drown on his own, as the regime claimed when he died in January last year. Turkish medical examiner and human rights activist Korur Fincancı traveled to Bahrain specifically to perform an autopsy on Yusuf Mawali's body, and the results of her investigation were that Mawali was tortured and killed, she told Turkish paper The Daily Hurriyet.

While there have been some arrests of police who allegedly tortured doctors for information on protests, there have been no calls by King Hamad Al Khalifah for an end to attacks on peaceful protests, nor have any members of the Bahrain Defense Force, the Interior Ministry or the National Security Agency been indicted.

Bahrain is home to the US Navy's 5th Fleet, and the government receives significant support from both the United States and Saudi Arabia.