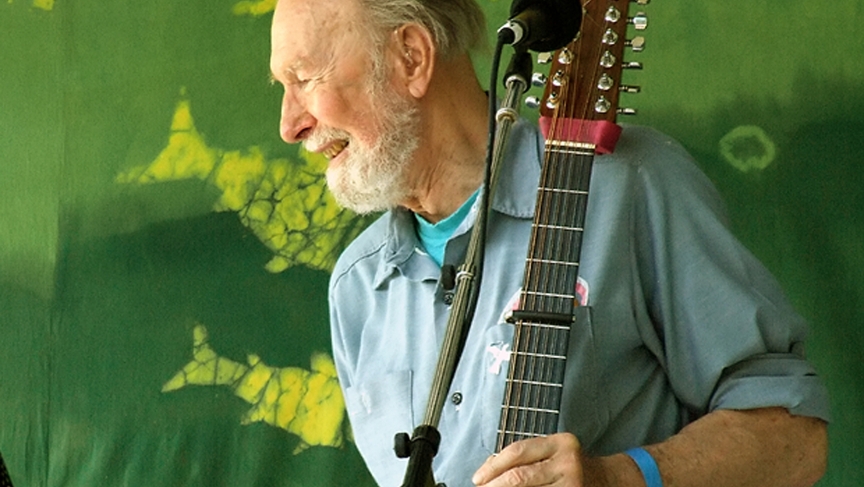 Pete Seeger, 88 at the time, plays at the Clearwater Festival in 2007.

Victor Jara was more than a singer-songwriter. In Chile, he remains a symbol of freedom, a poet who helped define the nation.

Chile was redefined in 1973. That's when a military coup toppled the government of Salvador Allende, and anyone who was associated with it.

Jara was one of thousands who died during that coup, led by General Augusto Pinochet.

Victor Jara has been dead for almost 40 year now. And until this past week, no one had been charged with his death. But last Friday, a judge in Chile issued an international arrest warrant for two former officers, while several others have been charged as accomplices.

One of the two officers is already dead. But the other is living now in Florida, and it's expected he'll be extradited to Chile. American folk singer and songwriter Pete Seeger has long paid tribute to Victor Jara's legacy, in story and song.