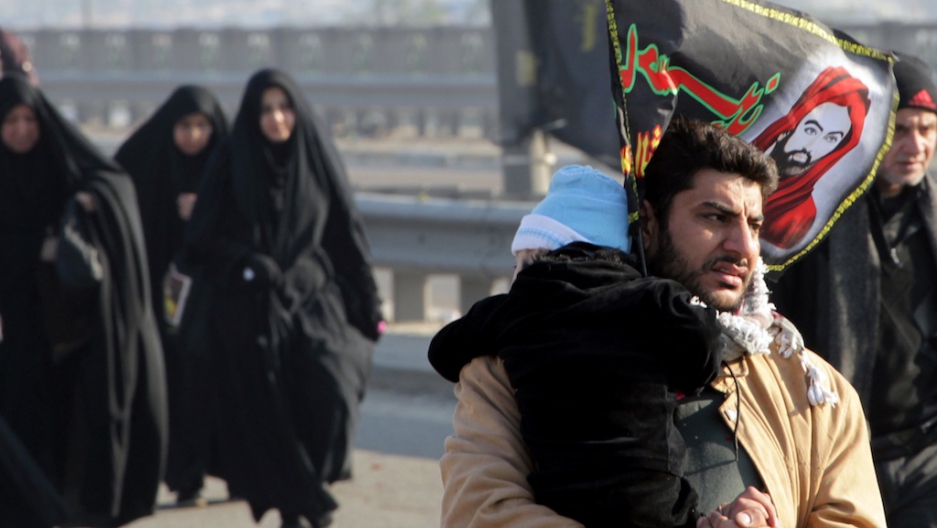 An Iraqi Shiite Muslim pilgrim marches along the main highway that links the Iraqi capital Baghdad with the central shrine city of Karbala on Dec. 31, 2012.
Credit: Ali Al-Saadi
Share

A wave of bombings killed at least 22 people and wounded 76 across Iraq on Monday, further evidence of destabilizing sectarian violence that continues to threaten state security. The Associated Press puts the death toll at 23 people, the AFP at 22, while other news sources claim lower numbers.

In Hilla, a city with a large Shiite population, a parked car exploded near the governor of Babil's convoy, killing two people and missing the governor, police said, according to Reuters.

"We heard the sound of a big explosion and the windows of our office shattered. We immediately lay on the ground," 28-year-old Mohammed Ahmed told Reuters.

"After a few minutes I stood up and went to the windows to see what happened. I saw flames and people lying on the ground."

In the northern city of Kirkuk, a site of tension between the Kurdish minority and the Iraqi government, four police officials died while trying to defuse a bomb, according to police Colonel Taha Salaheddin who spoke with the Associated Press.

The AFP reported other bombings, saying a dozen towns and cities were hit on Monday.

Although violence notably decreased after the 2006-2007 insurgency, sectarian violence killed about 2,000 people in 2012, according to Reuters. US troops withdrew from Iraq last December.

No group claimed responsibility for the attacks that appears to have killed members of Shiite, Sunni and Kurdish groups. However, militants groups al Qaeda often target government officials and Sunni extremists are known to target Shiite pilgrims.