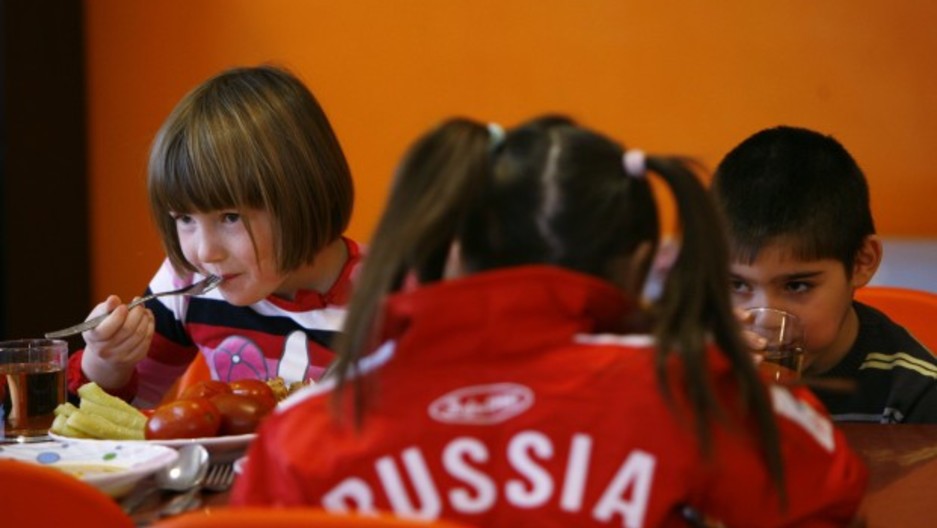 Orphan children have a meal at an orphanage in the southern Russian city of Rostov-on-Don, December 19, 2012. Russia's parliament initially approved a bill banning Americans from adopting Russian orphans on Wednesday in reprisal for a U.S. law punishing alleged Russian human rights violators in a row that has strained bilateral relations. REUTERS/Vladimir Konstantinov (RUSSIA - Tags: SOCIETY POLITICS)