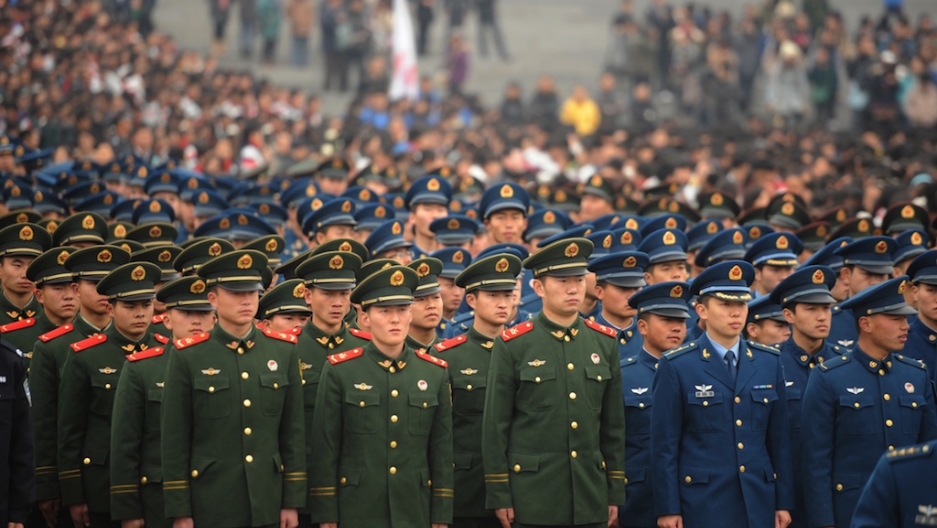 Chinese military personnel attend a ceremony for victims to mark the 75th anniversary of the Nanjing massacre at the Memorial Museum in Nanjing on December 13, 2012.
Credit: Peter Parks
Share

China's military officers are saying goodbye to elaborate state-funded banquets, thanks to a new ban by the Central Military Commission.

The move by the government committee was issued December 4, and aims to eliminate extravagance and corruption within the military's ranks, BBC News reported.

More from GlobalPost: Bo Xilai: the trajectory of a falling star

Military spouses, children and subordinates are also being put in line, and have been forbidden from accepting bribes, Xinhua said.

The ban did not lay out specific punishments for violations, according to WSJ.

The Beijing Municipality has reportedly become the first local authority to introduce the new rules to its staff, BBC News reported.

China's government is still reeling from the scandal involving former Chongqing party leader Bo Xilai, who is facing charges of corruption and abuse of power after being slated to take over in the recent Communist Party changeover, BBC reported.

More from GlobalPost: China's bridges and dams crumble under corruption