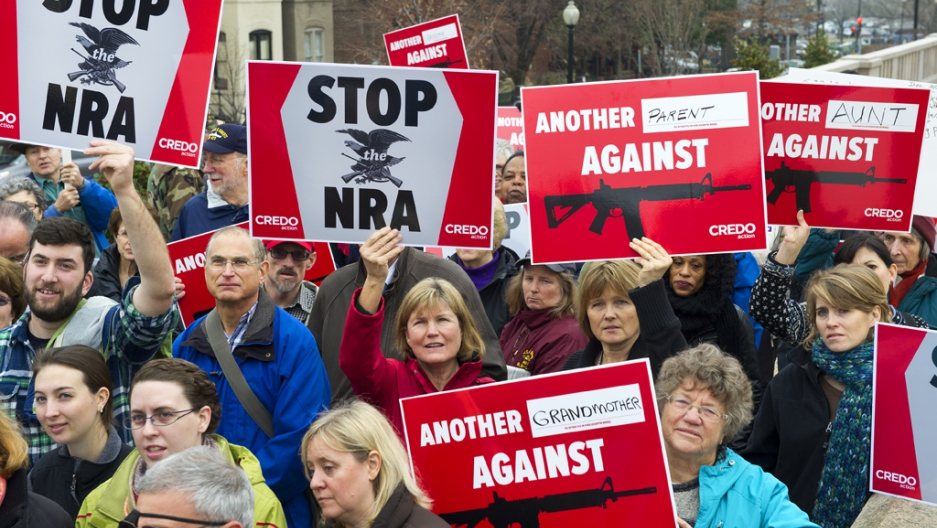 Protesters marching with the social activist group CREDO along with other concerned citizens descend on the offices of the NRA's (National Rifle Association) Capitol Hill lobbiest's office demanding the pro-gun lobby stand down in reaction to the shooting at Sandy Hook Elementary School December 17, 2012, in Washington, DC.
Credit: PAUL J. RICHARDS
Share

The National Rifle Association held a press conference on Friday, just a week after the shooting at Sandy Hook Elementary School in Newtown, Conn. claimed 26 lives. The gunman, identified as Adam Lanza, also killed his mother and himself.

The NRA's executive vice president, Wayne LaPierre, took to the podium and blamed violent video games and the mentally ill for the tragedy in Newtown.

He also called for armed guards at all schools and a national database of the mentally ill.

Two protesters interrupted the press conference, but hundreds were taking to social media to express their anger, outrage and bemusement at LaPierre's speech.

Here is a selection: