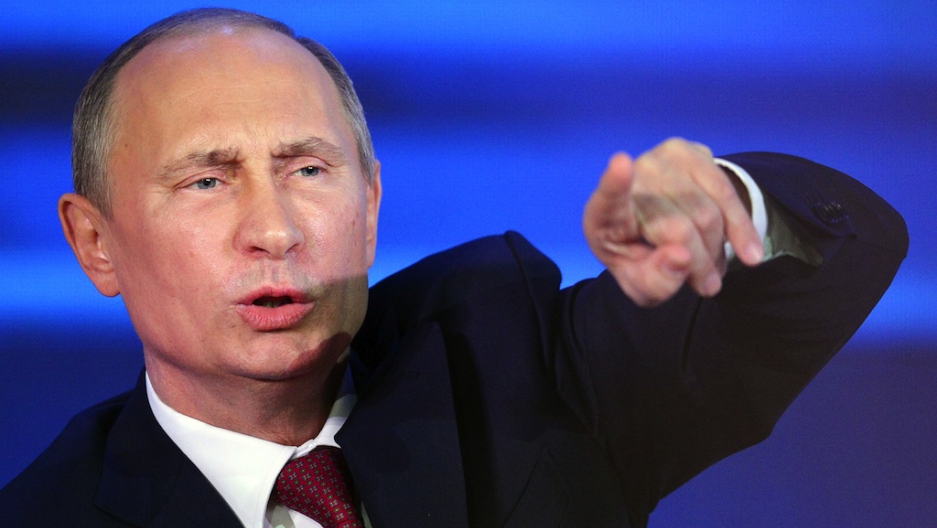 The 60-year-old took dozens of questions from journalists for four hours – not bad for a man with a bad back.

The conference covered a wide-range of topics from the bloody civil war in Syria to the ban on Americans adopting Russian children.

Putin even shared his thoughts on the end of the world and offered Russian citizenship to French actor Gerard Depardieu.

In case you don't want to listen to the entire new conference, GlobalPost has picked out some of the key quotes.

On the future of Syrian President Bashar al-Assad:

“We are not that preoccupied with the fate of Assad's regime," the Russian president was quoted by The Guardian as saying.

"We understand what's going on there and that his family has been in power for 40 years. Without a doubt, change is demanded. We're worried about something else – what happens next. We don't simply want for today's opposition, having come to power, to start fighting with the current authorities, who then become the opposition, and this continues for ever."

More from GlobalPost: Russia sends warships to Syria for possible evacuation of its citizens

On the Mayan prophecy for the end of the world:

“The end of the world is going to come … in 5 billion years, because, if I am not mistaken, this is the cycle of the sun, around 7 billion years,” Putin predicted, according to the Washington Post.

“4 billion years have already passed. In 3 billion years, the sun’s reactor, so to say, is going to extinguish.”

On French actor Gerard Depardieu’s move to seek Belgian citizenship and give up his French citizenship to avoid his country’s nosebleed high taxes.

“If Gerard really wants permission to live in Russia he can count on a positive response from the authorities.”

On the new US law that allows sanctions on Russians deemed to be human rights violators.

"Why does one country consider itself entitled to spread its jurisdiction to the entire world?” Putin was quoted by the Associated Press as saying.

"They have replaced one anti-Soviet, anti-Russian law with another... That is very bad. This, of course, in itself poisons our relations."

"The State Duma's response may be emotional, but I consider it to be appropriate," Mr Putin said, the BBC reported.