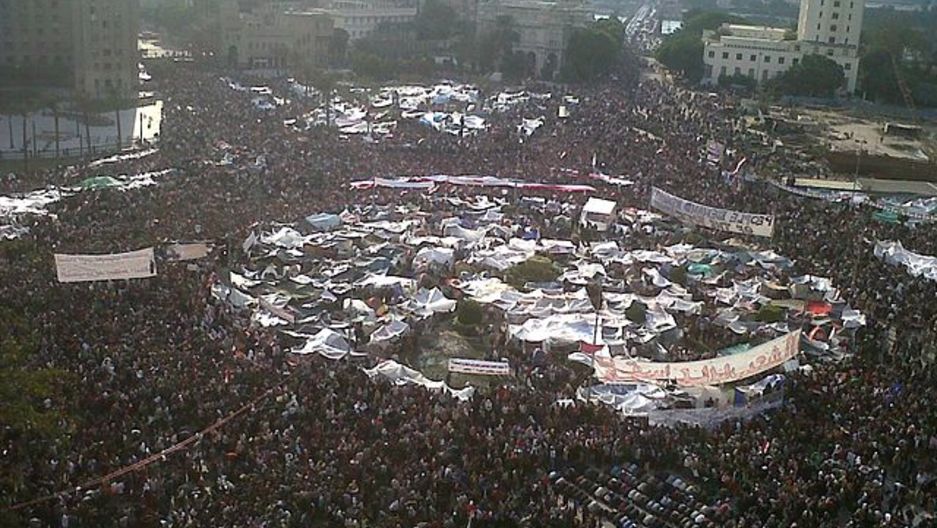 Citizens living in a post-Arab Spring reality are now facing the challenge of what it all means.

But one reporter who has visited many of the changed countries after the revolution, says the difference are often surprising. Hugh Sykes, a BBC News correspondent who set off on a month-long tour across the Middle East and North Africa, says there’s a new democratic reality for countries overturned in the Arab Spring. But not everything is as would be expected.

"Tunisia is probably the least different but the most surprising in the way that it's emerged from the Arab Spring. But they've all got one thing in common and that is everybody is talking openly about the changes that have been taking place and about whether they like them or not,” he said.

Sykes said a spokesman for the new secularist party, Call for Tunisia, believes the west was wrong to characterize Ennahda, the Islamist ruling party as moderate. But Sykes says those hard-line tendencies are being exaggerated. The people he knows in the ruling Ennahda party say the hard-liners in the party are in the minority, and there is no way they will gain power.

"The only way the Salafists are actually making a real impression in Tunisia — is in a very sinister fashion. They're attacking completely innocent harmless, peaceful, beautiful Sufi shrines, one very near where I was the other day. They just chucked an old motor car tire in covered with petrol and set it alight and wrecked the inside of the building," he said.

By 7:30 p.m. Sykes said, the streets were deserted. He says people told him they're afraid of political violence, crime, instability and unpredictability.

Libya, though, was surprising for a different reason. Sykes said he was weary when he arrived in Libya, but he says he sensed an atmosphere of extraordinary calm. And after talking with people and seeing people out and about he sensed something was going right.

A spokesman for the military chief of staff, Sykes says, told him Libya is in a post-revolutionary situation. And revolutionaries submit themselves to military discipline.

"However, we are overcoming this slowly, and incorporating as many as we can into the Army," he said.

In Egypt, Sykes says, the change he noticed right away was tourism. Sykes, who was there the night Mubarak was ousted, says he experienced the joy of the crowds.

"But even that evening some people came up to me and said ''be careful, we've been tricked before. We're not sure that this really is our liberation,'" he said. "And others said 'watch the Islamists they're going to move in now.'"

Though Tunisia was the first country to play out its revolution, Sykes says, Egypt is a model and had one of the most dramatic transitions. But how things will wind up in Egypt remains to be seen.

"Many people in Egypt say there will be a part two when people realize it was a mistake to vote for quite so many Islamists, let's look for more secular people. And in five years I think the scene in Egypt and possibly in other parts of the Arab Spring will be very, very different," he said.