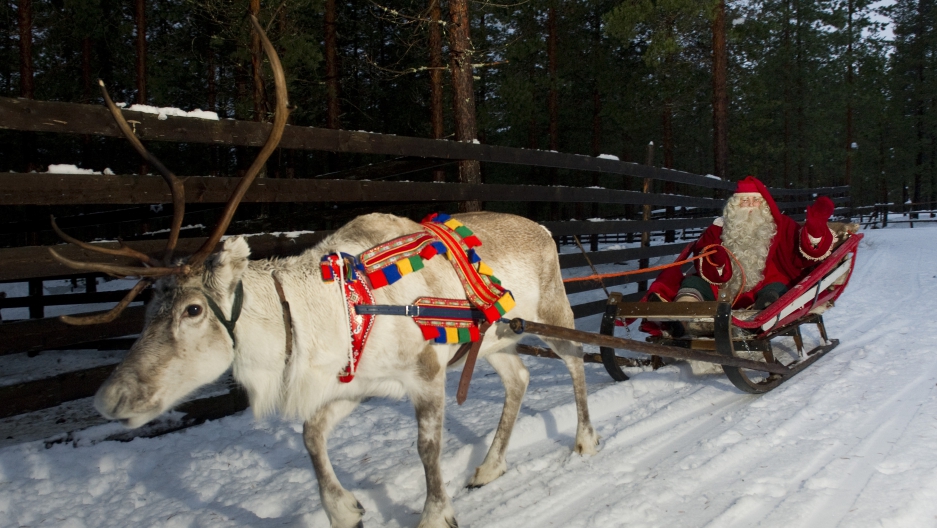 A new study has shown that Rudolph the Reindeer's red nose is based on hard science.
Credit: Jonathan Nackstrand
Share

Researchers in the Netherlands found that microcirculation in the nasal mucosa of the animal draws in blood when cold to keep the nose warm during very low temperatures.

"In colder climates and also when they are higher up in the atmosphere pulling Santa's sleigh, the increase in blood flow in the nose will help keep the [nose's] surface warm," said John Cullen, who was not associated with the study, of the University of Rochester, according to MedPage Today.

The study looked at the deer's nasal circulation and found similarities to the microvasculature in the region with that of humans.

LiveScience said that the difference is that the reindeers have a greater density of microvessels in the nose, which one would assume could bring more blood into the area.

This evolutionary feature is likely due to the extreme temperatures it must face in its northern habitats.

The findings were likely not coincidentally timed with the holiday season fast approaching.

"These results highlight the intrinsic physiological properties of Rudolph's legendary luminous red nose, which help to protect it from freezing during sleigh rides and to regulate the temperature of the reindeer's brain, factors essential for flying reindeer pulling Santa Claus' sleigh under extreme temperatures," study author Can Ince of Erasmus Medical Center in Rotterdam, wrote in a statement, according to ABC News.

CNet reported that prior theories posited were that Rudolph had a cold, was intoxicated or had microscopic parasites in his nose.

I think we'll take good circulation over those explanations.