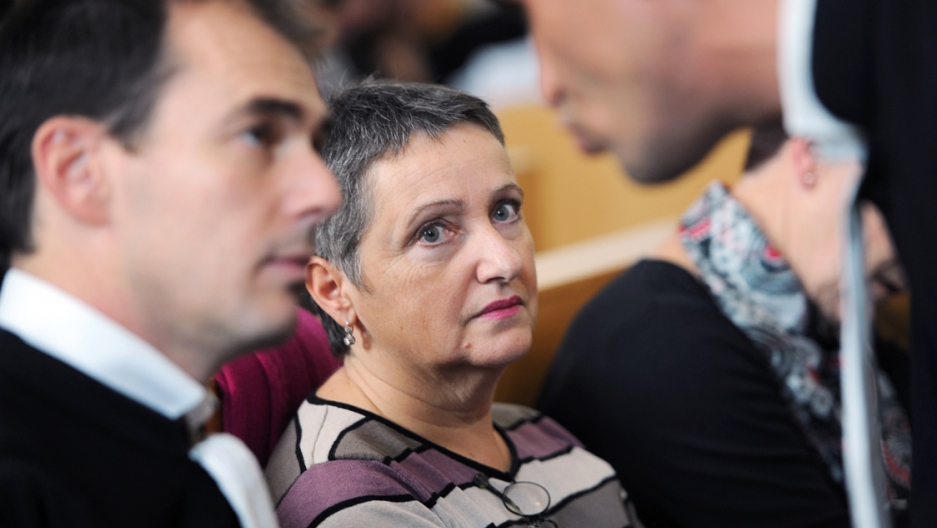 French psychiatrist Daniele Canarelli in court in Marseille. She was found guilty of manslaughter after one of her patients committed murder, to the concern of other medical professionals.
Credit: ANNE-CHRISTINE POUJOULAT
Share

A French psychiatrist has been convicted of manslaughter after one of her patients committed murder.

In what Reuters calls a groundbreaking case, a court in Marseille ruled that Danielle Canarelli had committed a "grave error" by failing to recognize that a man in her care, Joel Gaillard, was a potential threat.

Gaillard hacked an elderly man to death with an axe in March 2004, three weeks after fleeing a hospital appointment with Canarelli.

The court said the psychiatrist, who had been treating Gaillard for four years, showed a form of "blindness."

Contrary to the advice of her colleagues, she refused to recommend that he be placed in a specialized unit despite his increasingly dangerous behavior, which according to Le Parisien included arson and attempted murder.

Gaillard, meanwhile, was judged to be criminally irresponsible for his actions due to his illness, said to be a form of paranoid schizophrenia. According to the Guardian, he is now in a psychiatric hospital.

More from GlobalPost: The global state of mental health

"If he [Gaillard] wasn't responsible, someone had to be," the victim's son, Michel Trabuc, told Le Parisien back in September. He filed complaints against Canarelli and the Marseille hospital she worked at, which was found guilty of negligence in 2009.

Yet others are concerned that the verdict could set a dangerous precedent. French psychiatrists union SPEP said it meant doctors could be "systematically challenged" over any decision they made about a patient's care, regardless of how complex the situation really was.

Meanwhile Canarelli's lawyers said it would prompt psychiatrists to recommend harsher treatment for the mentally ill people in their care, for fear of being accused of negligence further down the line.

More from GlobalPost: Italian scientists convicted of manslaughter for failing to warn of deadly earthquake